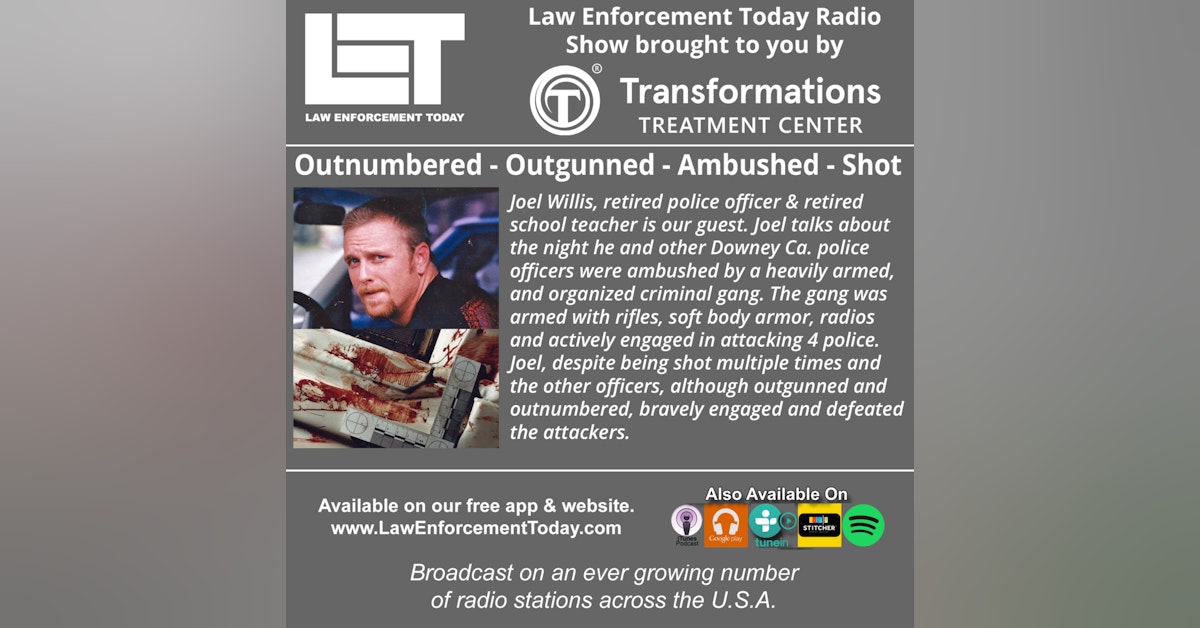 Joel Willis, retired police officer & retired school teacher is our guest. Joel talks about the night he and other Downey California police officers were ambushed, by a heavily armed and organized criminal gang. The gang was armed with rifles, soft body armor, radios and actively engaged in attacking 4 police. Joel, despite being shot multiple times, and the other officers although outnumbered and outgunned, bravely engaged and defeated the attackers.