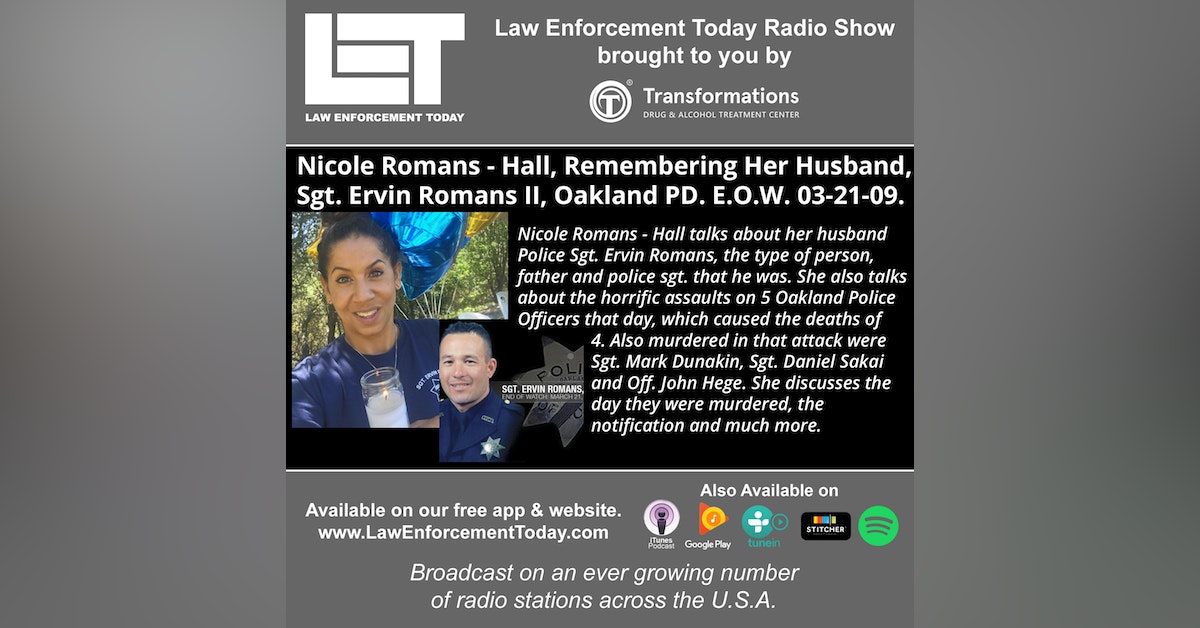 On March 21, 2009, 4 Police Officers were murdered in Oakland California, Sgt. Ervin Romans was one of them. Nicole Romans - Hall talks about her husband  Ervin Romans, the type of person, father and police officer that he was. She also talks about the horrific assaults on 5 Oakland Police Officers that day, which caused the deaths of 4 from the OPD. Also murdered in that ongoing incident were Sgt. Mark Dunakin, Sgt. Daniel Sakai and Off. John Hege.

She discusses the day he was murdered, the notification, plus what she and her family went through immediately afterwards. Her primary focus in the discussion is to keep the memory of Sgt. Ervin Romans alive. Plus, she urges the extended blue family to stay in regular contact with police survivors like her.

Theme song Hurricane is used with permission from the band Dark Horse Flyer.