S3E40: He Was Shot Multiple Times And Blinded During A Gunfight - Retired Police Officer Robert DeNapoli 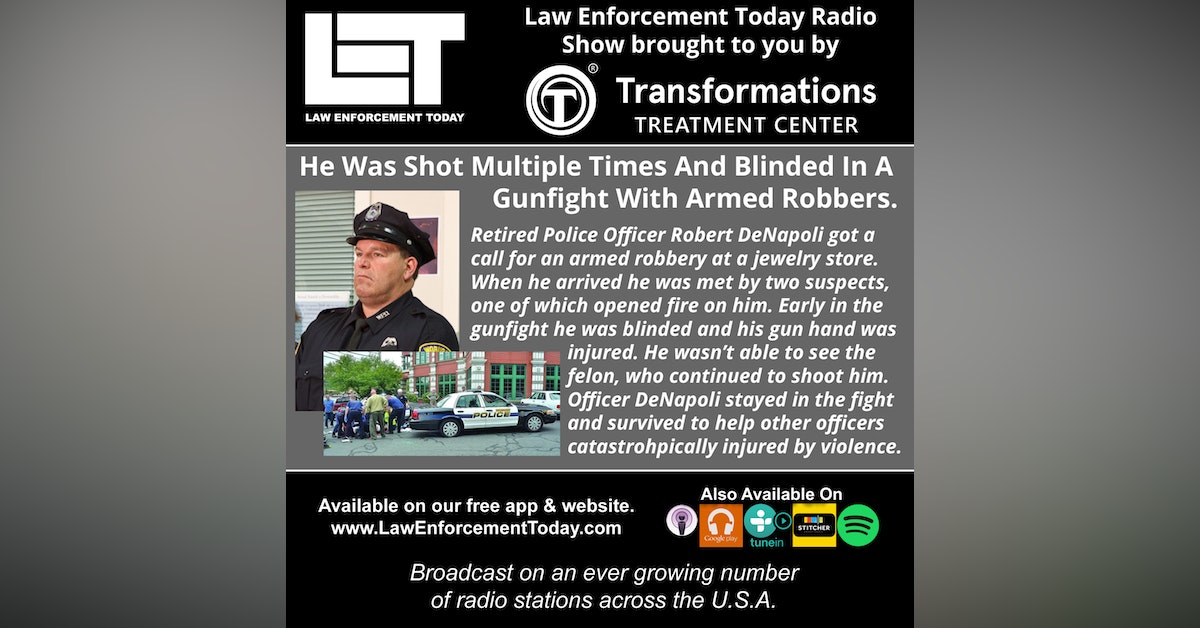 Retired Police Officer Robert DeNapoli got a call for an armed robbery at a jewelry store. When he arrived he was met by two suspects, one of which opened fire on him. Early in the gunfight Robert was blinded and his gun hand was injured. He wasn't able to see the felon, who continued to shoot him. Retired Officer DeNapoli stayed in the fight, he survived to help other police officers catastrophically injured by violence.