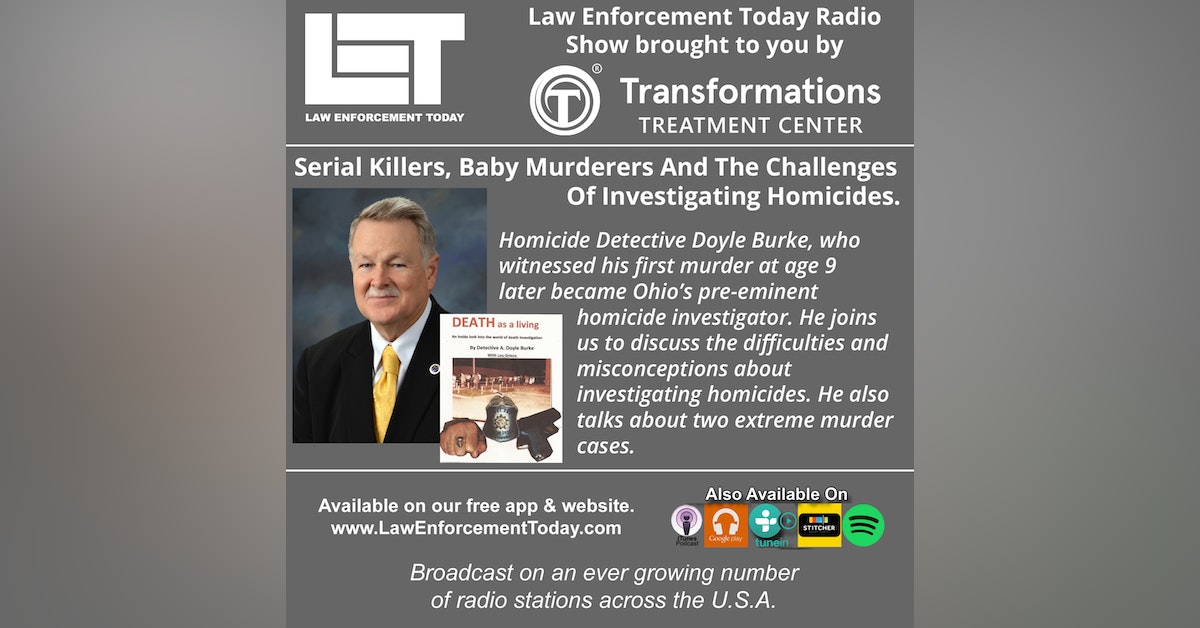 Doyle Burke, who witnessed his first murder at age 9, later became Ohio’s pre-eminent homicide investigator. He joins us to discuss the difficulties and misconceptions about investigating homicides. He also talks about two extreme murder cases, one involving a woman who murdered her baby with a microwave and the other was a group of serial spree killers.