S3E72: His Grandfather Was Killed In The Line Of Duty And He Too Chose To Be A Cop. 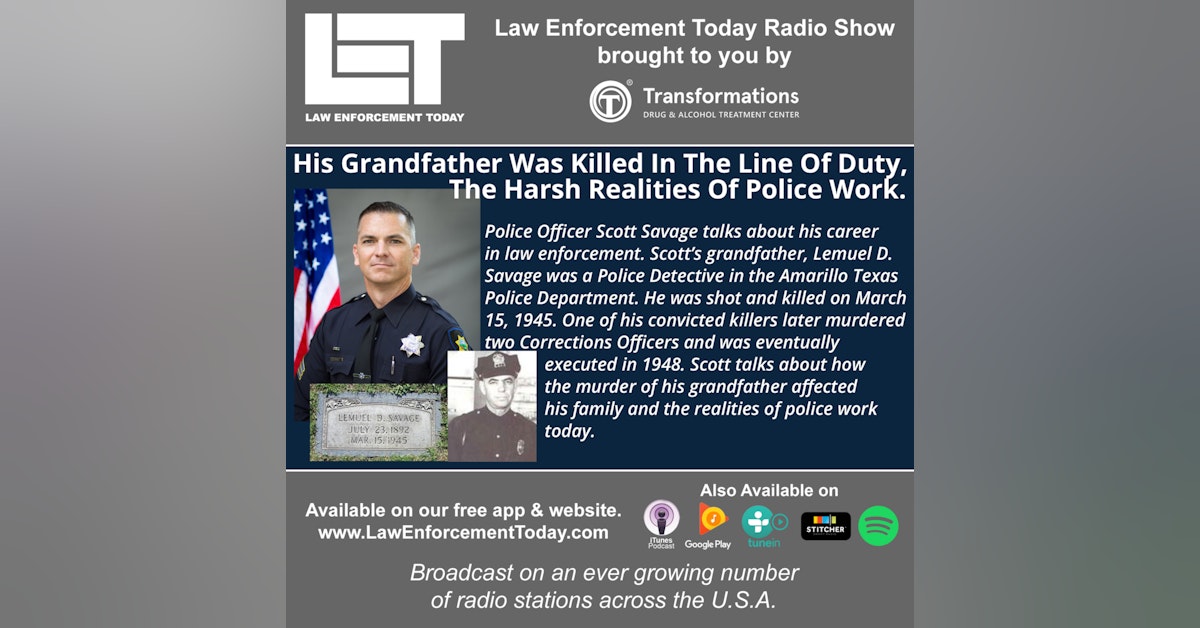 Police Officer Scott Savage talks about his career in law enforcement. Scott’s grandfather, Lemuel D. Savage was a Police Detective in the Amarillo Texas Police Department. He was shot and killed on March 15, 1945. One of his convicted killers later murdered  two Corrections Officers and was eventually executed in 1948. Scott talks about how the murder of his grandfather affected his family and the realities of Police Work today.