S4E19: Wounded In The Line Of Duty, Officers Abandoned By The Agencies They Served. 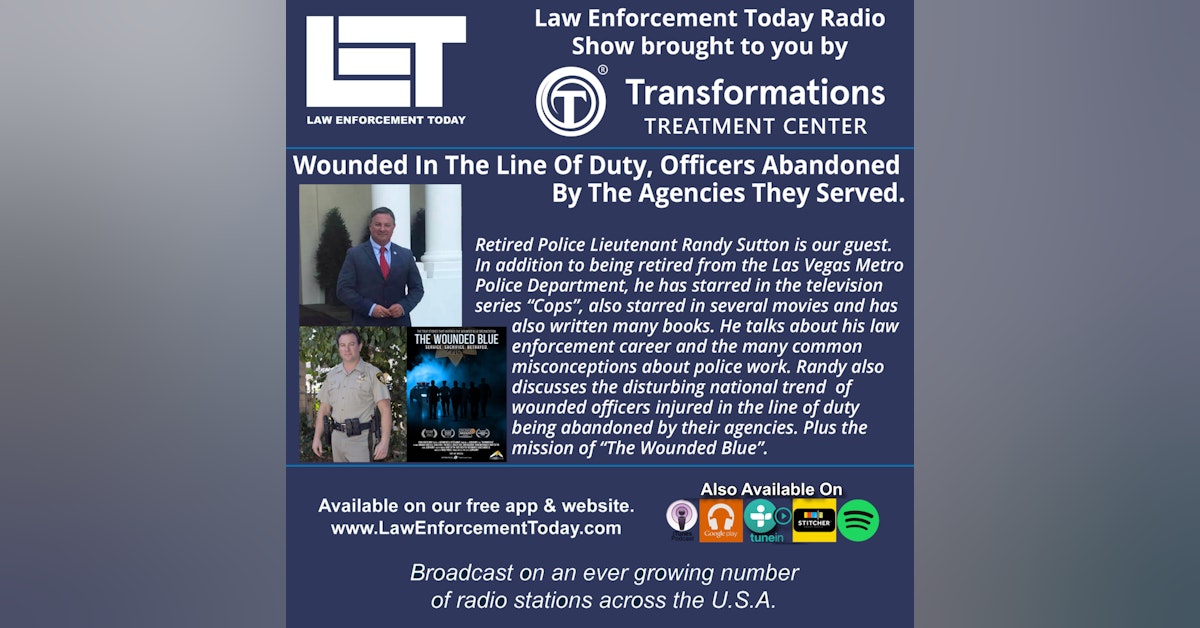 Retired Police Lieutenant Randy Sutton is our guest. In addition to being retired from the Las Vegas Metro Police Department, he has starred in the television series “Cops”, also starred in several movies and has also written many books. He talks about his law enforcement career and the many common misconceptions about police work. Randy also
discusses the disturbing national trend of wounded officers injured in the line of duty being abandoned by their agencies. Plus the mission of “The Wounded Blue”.