S4E20: Railroaded By The Department of Justice? She Got A Presidential Pardon After Serving 10 Years.. 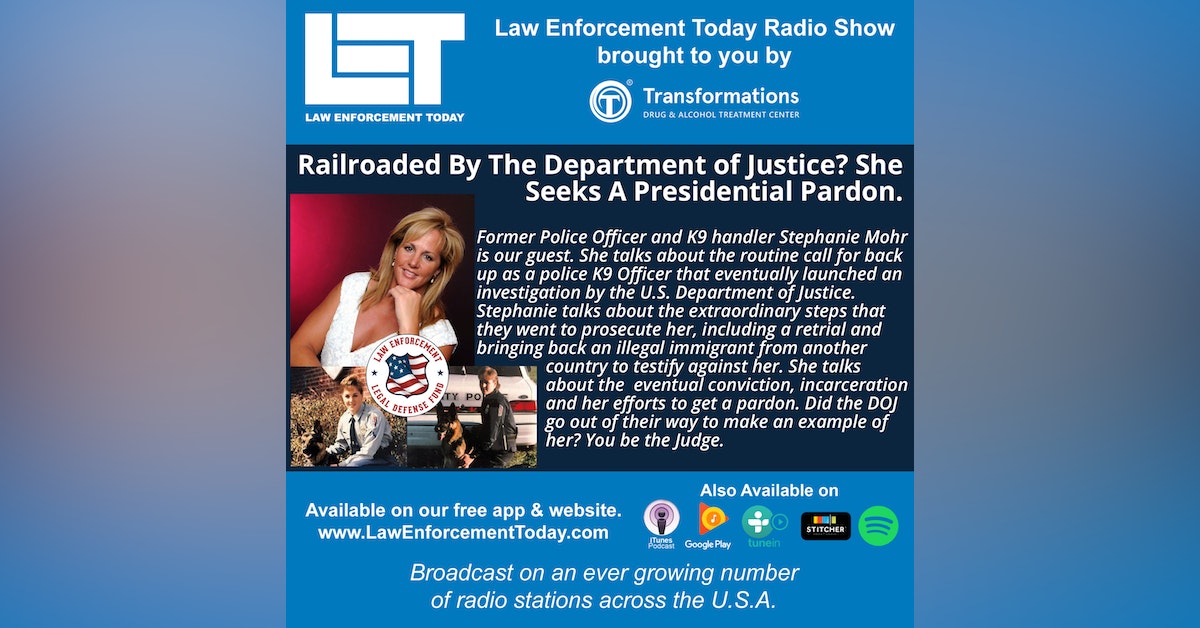 Former Police Officer and K9 handler Stephanie Mohr is our guest. She talks about the routine call for back up as a police K9 Officer that eventually launched an investigation by the U.S. Department of Justice. Stephanie talks about the extraordinary steps that they went to prosecute her, including a retrial and bringing back an illegal immigrant from another country to testify against  her. She talks about the eventual conviction, incarceration and her efforts to get a pardon. She eventually received a Presidential Pardon after serving a 10 year sentence. Did the DOJ go out of their way to make an example of her? You be the Judge.