S4E24: His Brother, A NY State Trooper’s Death By Suicide. How It Changed Him As A Cop. 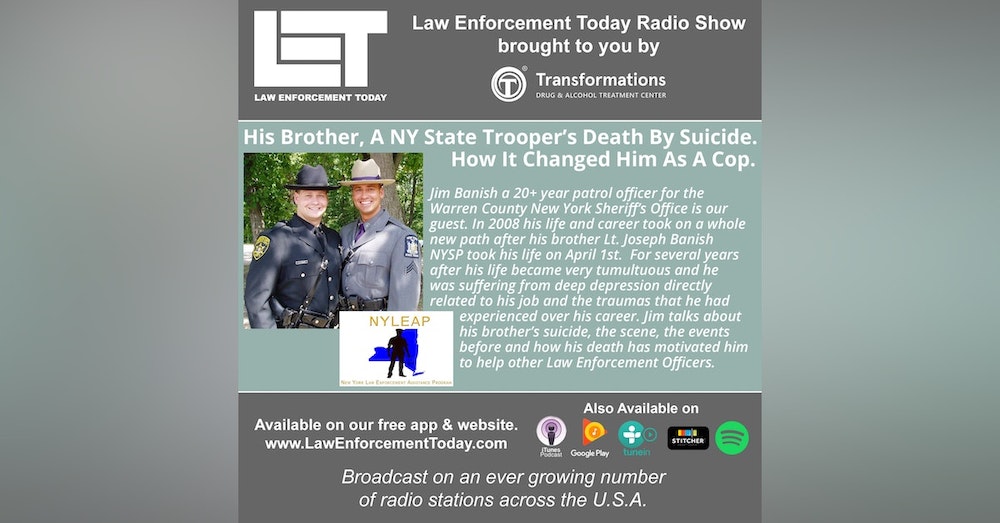 Jim Banish a 20+ year patrol officer for the Warren County New York Sheriff’s Office is our guest. In 2008 his life and career took on a whole new path after his brother Lt. Joseph Banish NYSP took his life on April 1st. For several years after his life became very tumultuous and he was suffering from deep depression directly
related to his job and the traumas that he had experienced over his career. Jim talks about his brother’s suicide, the scene, the events before and how his death has motivated him to help other Law Enforcement Officers.