S4E27: On The Frontlines of The Battle Against Heroin and The Effects Of Repeated Trauma on First Responders. 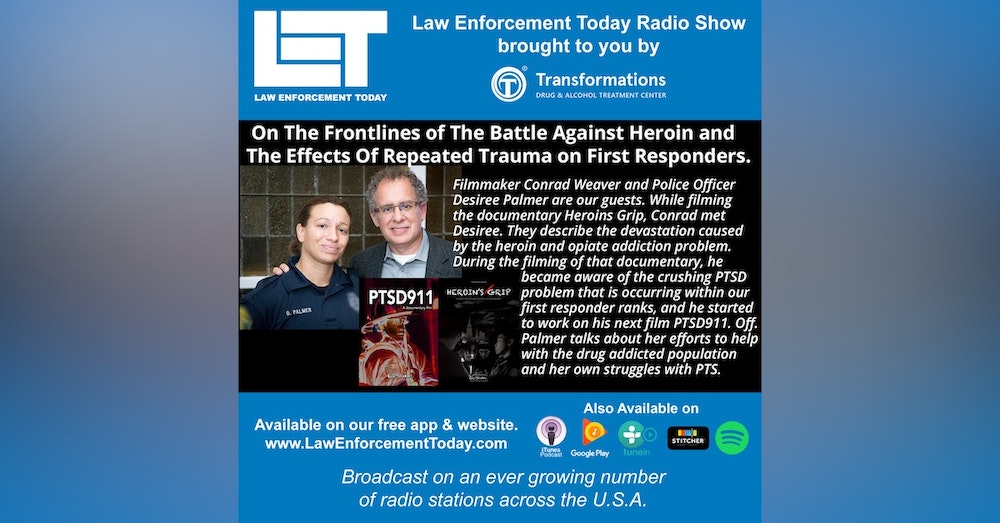 Filmmaker Conrad Weaver and Police Officer Desiree Palmer are our guests. While filming the documentary Heroins Grip, Conrad met Desiree. They describe the devastation caused by the heroin and opiate addiction problem. During the filming of that documentary, he became aware of the crushing PTSD problem that is occurring within our first responder ranks, and he started to work on his next film PTSD911. Off. Palmer talks about her efforts to help with the drug addicted population and her own struggles with PTS.