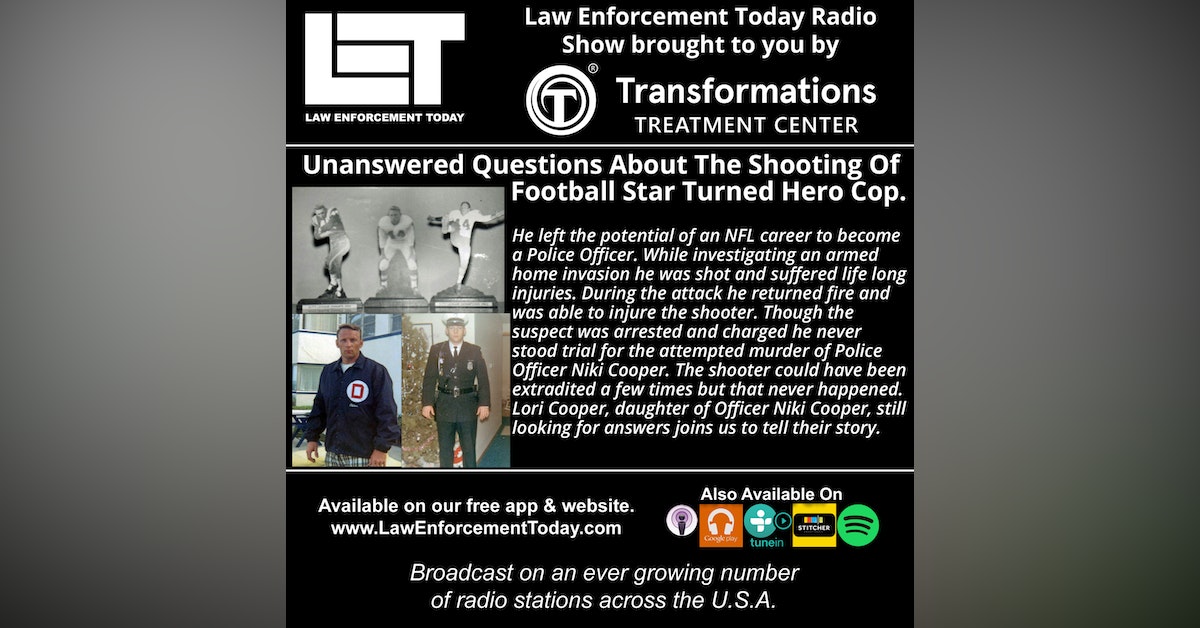 He left the potential of an NFL career to become a Police Officer. While investigating an armed home invasion he was shot and suffered life long injuries. He returned fire and was able to injure the shooter. Though the suspect was arrested and charged he never stood trial for the attempted murder of Police Officer Niki Cooper. The shooter could have been extradited a few times but for unknown reasons that never happened. Lori Cooper, daughter of Officer Niki Cooper, still looking for answers joins us to tell their story.