S4E32: He Retired From The U.S. Air Force, Then Became A Police Officer. 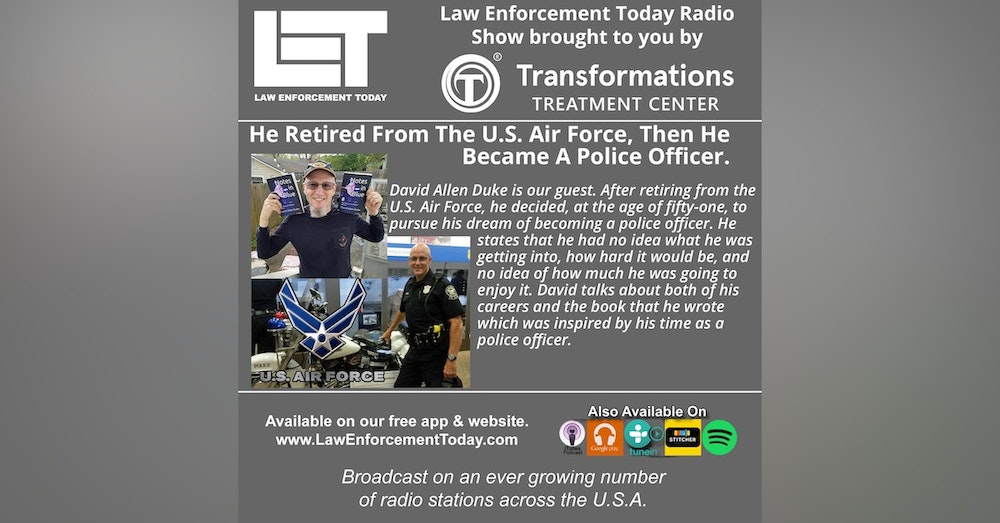 David Allen Duke is our guest. After retiring from the U.S. Air Force, he decided, at the age of fifty-one, to pursue his dream of becoming a police officer. He states that he had no idea what he was getting into, how hard it would be, and no idea of how much he was going to enjoy it. David talks about both of his careers and the book that he wrote, which was inspired by his time as a police officer.