S4E52: The Dangers And Struggle To Root Out Drug Gangs. Are Politicians Giving It All Back? 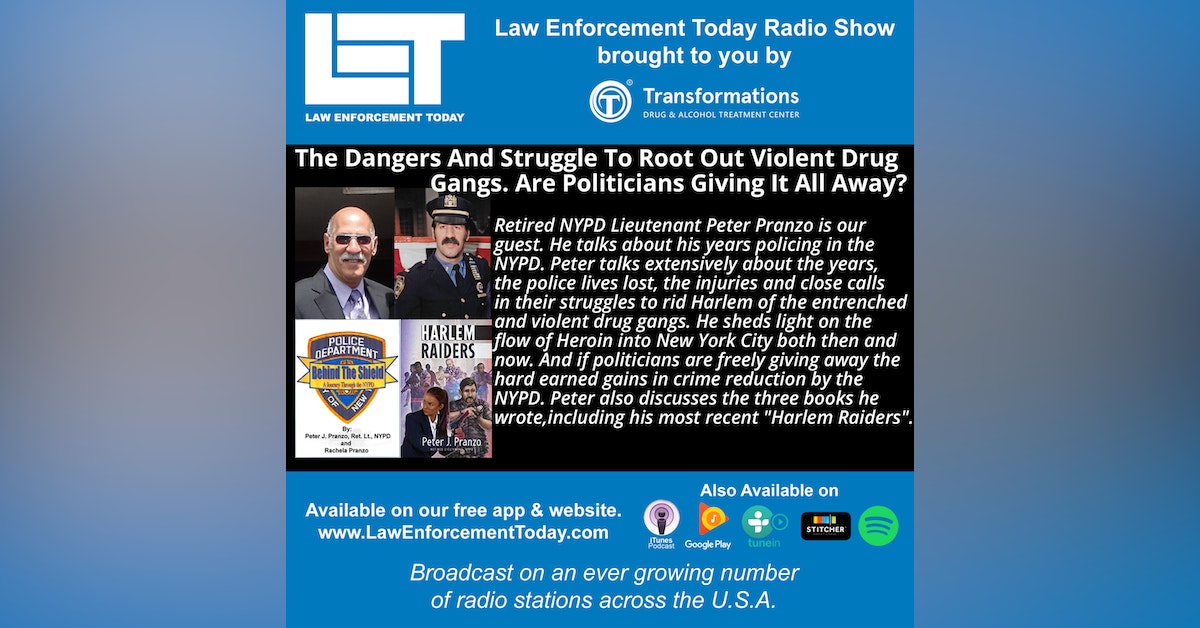 Retired NYPD Lieutenant Peter Pranzo is our guest. He talks about his years policing in the NYPD. Peter talks extensively about the years, the police lives lost, the injuries and close calls in their struggles to rid Harlem of the entrenched and violent drug street gangs. He sheds light on the flow of Heroin into New York City both then and now. And if politicians are freely giving away the hard earned gains in crime reduction by the NYPD. Peter discusses the three books he wrote, including his most recent "Harlem Raiders".