S4E60: Career Firefighter Talks About A Life Threatening Problem For Many First Responders. 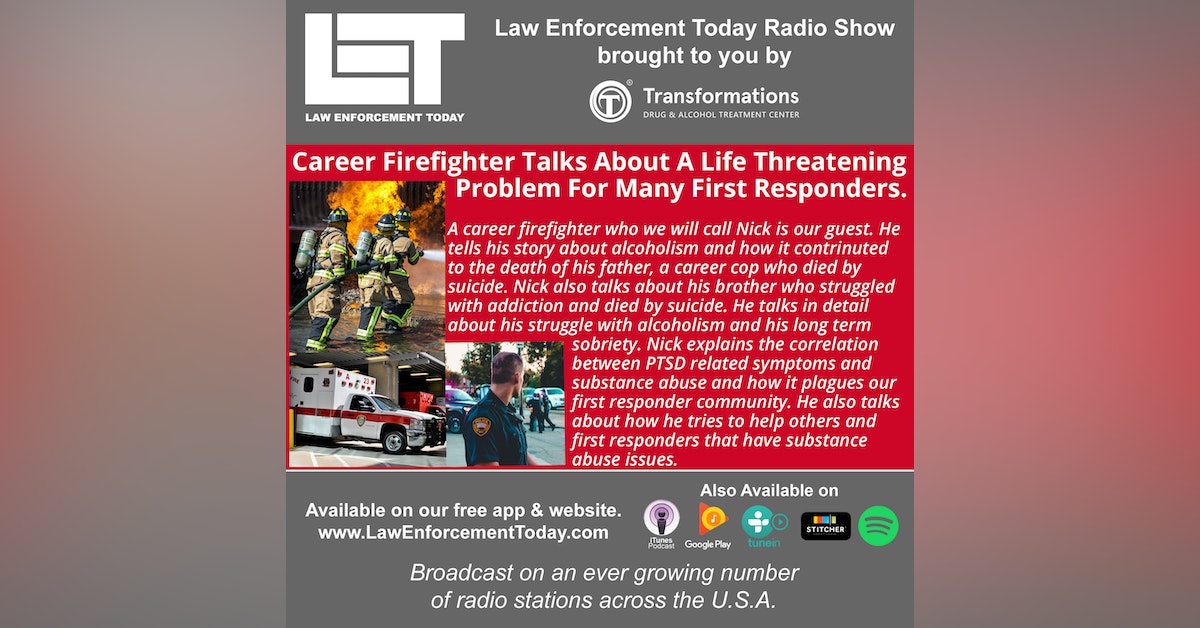 A career firefighter who we will call Nick is our guest. He tells his story about alcoholism and how it contributed to the death of his father, a career cop who died by suicide. Nick also talks about his brother who struggled with addiction and died by suicide. He talks in detail about his struggle with alcoholism and his long term sobriety. Nick explains the correlation between P.T.S.D. related symptoms and substance abuse and how it plagues our first responder community. He also talks about how he tries to help others and first responders that have substance abuse issues.