S4E66: A Homeless Man And A Cop Became Friends. His Small Stature Hid A Huge History. 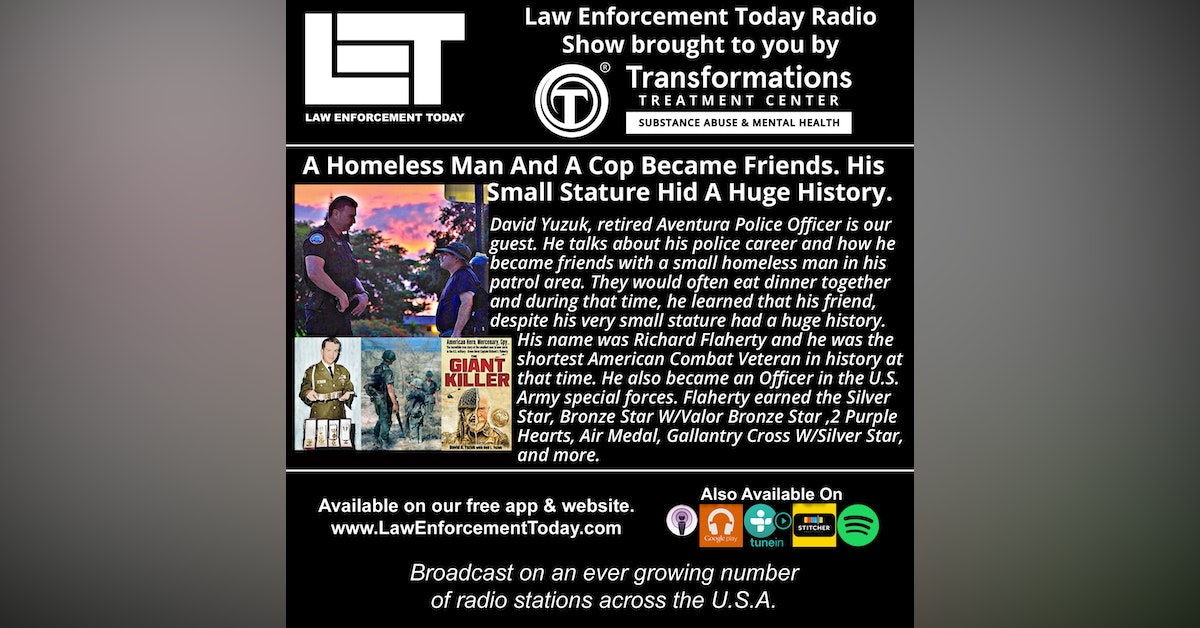 David Yuzuk, retired Aventura Police Officer, is our guest. He talks about his police career and how he became friends with a small homeless man in his
patrol area. They would often eat dinner together and during that time, he learned that his friend, despite his very small stature had a huge history. His name was Richard Flaherty and he was the shortest American Combat Veteran in history at
that time. He also became an Officer in the U.S. Army special forces. Flaherty earned the Silver Star, Bronze Star W/Valor, Bronze Star, 2 Purple Hearts, Air Medal, Gallantry Cross W/Silver Star, and more. David Yuzuk was so moved by his friend's story that he wrote a book called "The Giant Killer".