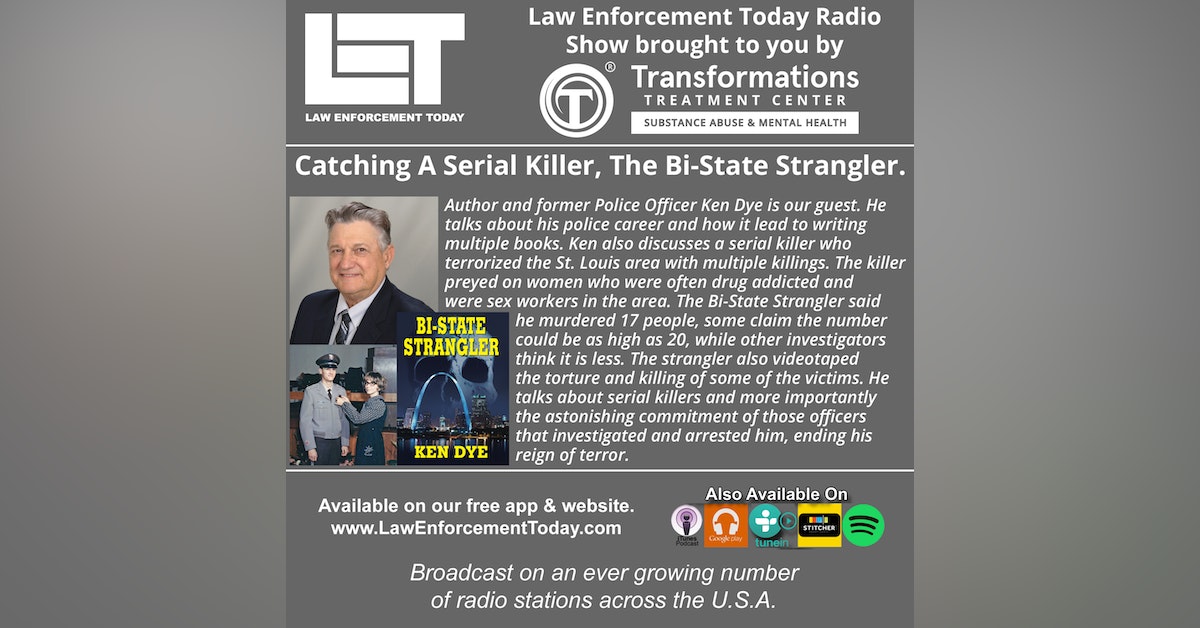 Author and former Police Officer Ken Dye is our guest. He talks about his police career and how it lead to writing multiple books. Ken also discusses a serial killer who terrorized the St. Louis area with multiple killings. The killer preyed on women who were often drug addicted and were sex workers in the area. The Bi-State Strangler said he murdered 17 people, some claim the number could be as high as 20, while other investigators think it is less. The strangler also videotaped the torture and killing of some of the victims. He talks about serial killers and more importantly the astonishing commitment of those officers that investigated and arrested him, ending his reign of terror.