S5E16: Crisis At The Southern Border - Is It More Dangerous Than You’ve Been Told? 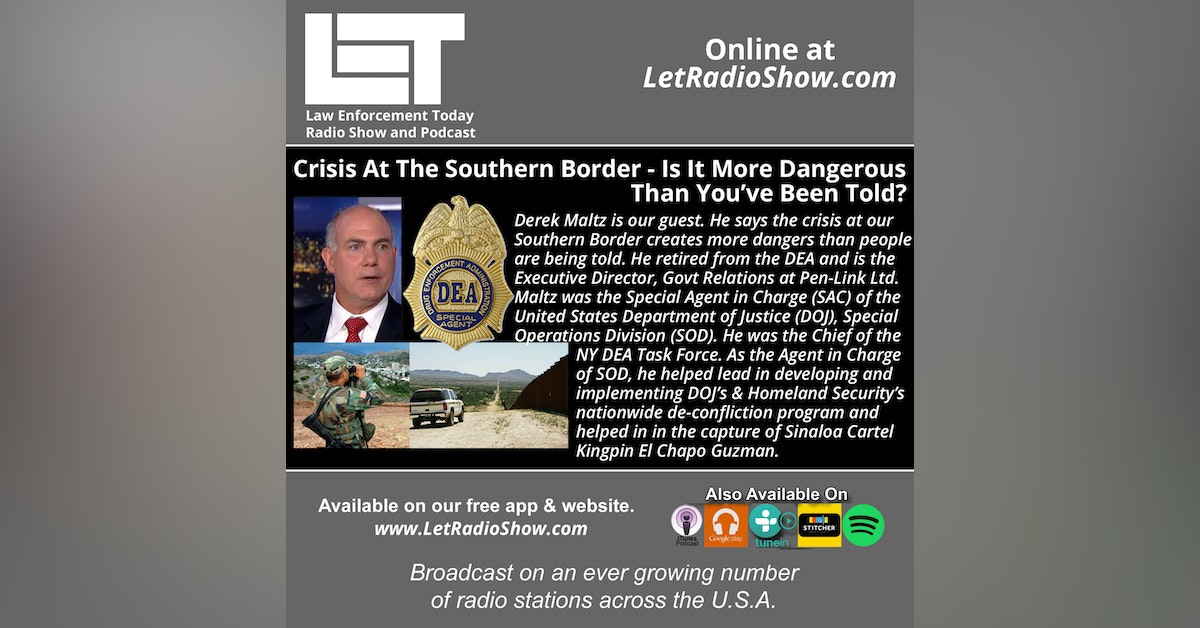 Crisis At The Southern Border - Is It More Dangerous Than You’ve Been Told? Derek Maltz says the crisis at our Southern Border creates far more dangers than people are being told. From drug smuggling, human smuggling, the associated violence and even links to terror groups the crisis at our southern border can create a threat to national security.

Derek Maltz retired from the Drug Enforcement Administration (DEA) and is currently the Executive Director, Government Relations at Pen-Link Ltd. Maltz was the Special Agent in Charge (SAC) of the United States Department of Justice (DOJ), Special Operations Division (SOD). He held the position as the Chief of the New York Drug Enforcement Task Force. As the Agent in Charge of SOD, Mr. Maltz played a vital leadership role in developing and implementing DOJ’s and Department of Homeland Security’s nationwide de-confliction program and was responsible for coordinating multi-agency efforts that resulted in the capture of Sinaloa Cartel Kingpin El Chapo Guzman.

Follow us on the MeWe social media platform. We are on Twitter, Instagram and Facebook. In the Clubhouse app look for and follow our club, the LET Radio Show and Podcast. Background song Hurricane is used with permission from the band Dark Horse Flyer.

If you enjoyed the show, please tell a friend about it and if you are able to leave an honest rating and, or review it would be appreciated.