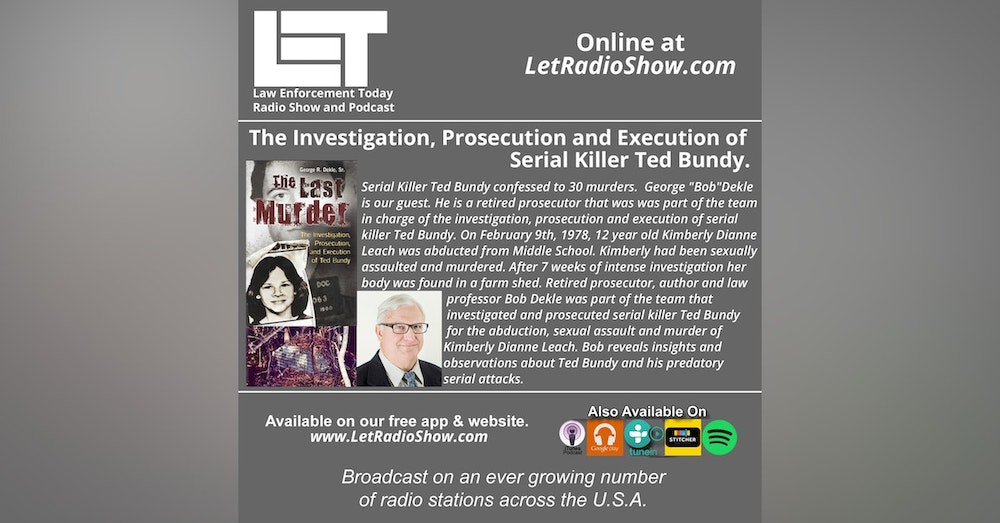 Serial Killer Ted Bundy confessed to 30 murders.  George "Bob" Dekle is our guest. He is a retired prosecutor that was part of the team in charge of the investigation, prosecution and execution of serial killer Ted Bundy. On February 9th, 1978 12 year old Kimberly Dianne Leach was abducted from Middle School. Kimberly had been sexually assaulted and murdered. After 7 weeks of intense investigation her body was found in a farm shed. Retired prosecutor, author and law professor Bob Dekle was part of the team that investigated and prosecuted serial killer Ted Bundy for the abduction, sexual assault and murder of Kimberly Dianne Leach. Bob reveals insights and observations about Ted Bundy and his predatory serial attacks.

Follow us on the MeWe social media platform. We are on Twitter, Instagram and Facebook. In the Clubhouse app look for and follow our club, the LET Radio Show and Podcast. Background song Hurricane is used with permission from the band Dark Horse Flyer.