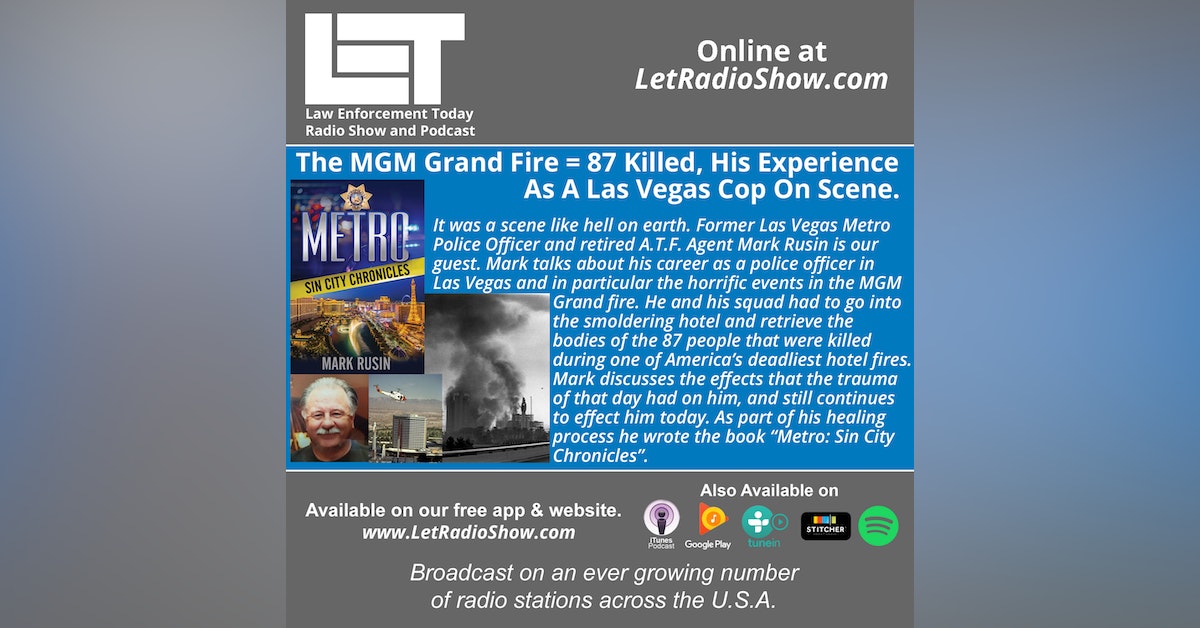 It was a scene like hell on earth. The MGM Grand Fire = 87 Killed, His Experience  As A Las Vegas Cop On Scene.

Former Las Vegas Metro Police Officer and retired A.T.F. Agent Mark Rusin is our guest. Mark talks about his career as a police officer in Las Vegas and in particular the horrific events in the MGM Grand fire. He and his squad had to go into the smoldering hotel and retrieve the bodies of the 87 people that were killed during one of America’s deadliest hotel fires. Mark discusses the effects that the trauma of that day had on him, and still continues to effect him today. As part of his healing process he wrote the book “Metro: Sin City Chronicles”.