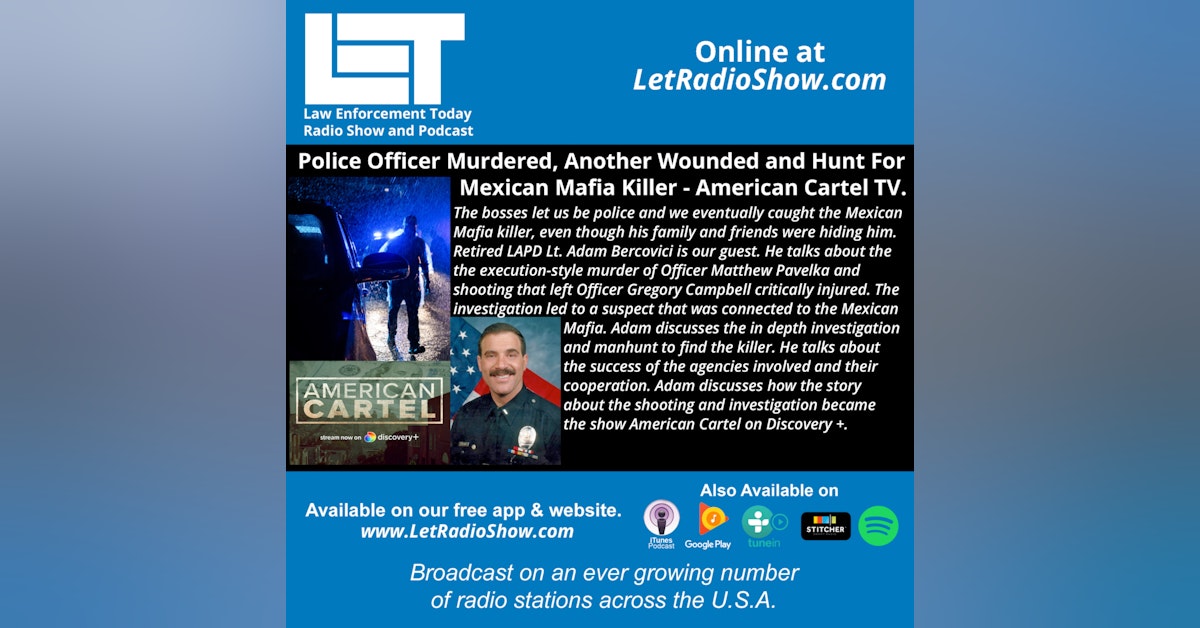 The bosses let us be police and we eventually caught the Mexican Mafia killer, even though his family and friends were hiding him. Police Officer Murdered, Another Wounded and Hunt For Mexican Mafia Killer - American Cartel TV.

Retired LAPD Lt. Adam Bercovici is our guest. He talks about the the execution-style murder of Officer Matthew Pavelka and shooting that left Officer Gregory Campbell critically injured. The investigation led to a suspect that was connected to the Mexican Mafia. Adam discusses the in depth investigation and manhunt to find the killer. He talks about the success of the agencies involved and their cooperation. Adam discusses how the story about the shooting and investigation became the show American Cartel on Discovery Plus.