S5E4: The Battle of Mogadishu - “Black Hawk Down”, His Life and Mission After Special Forces. 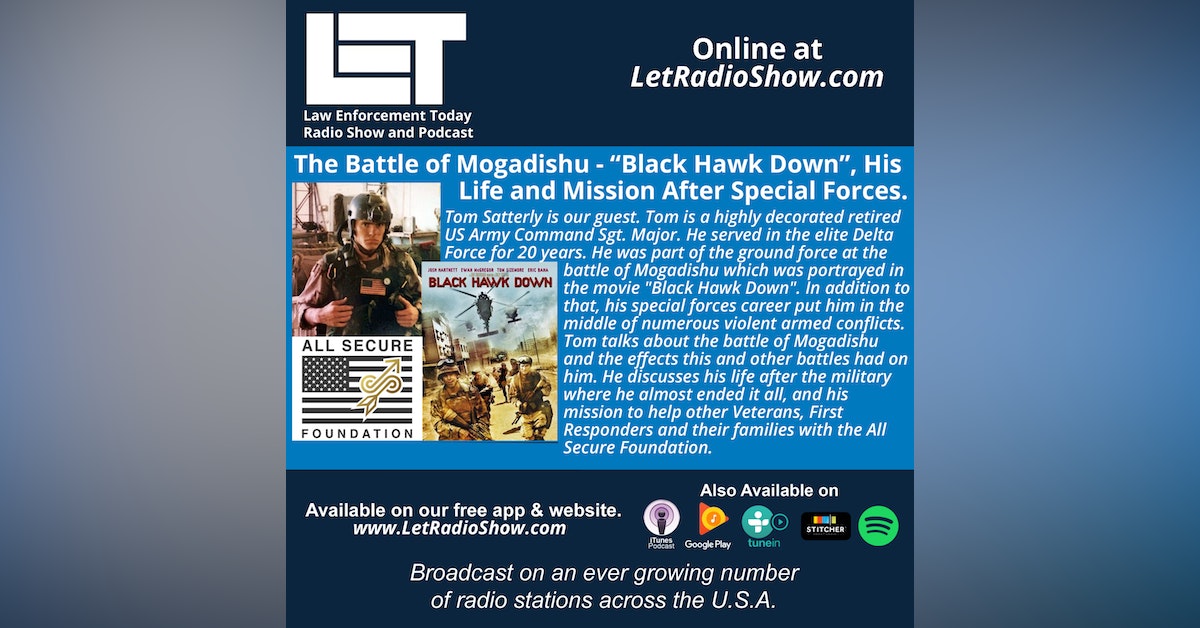 Tom Satterly is our guest. Tom is a highly decorated retired US Army Command Sgt. Major. He served in the elite Delta Force for 20 years. He was part of the ground force at the battle of Mogadishu which was portrayed in the movie "Black Hawk Down". In addition to that, his special forces career put him in the middle of numerous violent armed conflicts. Tom talks about the battle of Mogadishu and the effects this and other battles had on him. He discusses his life after the military where he almost ended it all, and his mission to help other Veterans, First Responders and their families with the All Secure Foundation.

Follow us on the MeWe social media platform. Background song Hurricane is used with permission from the band Dark Horse Flyer.