S5E52: An Inside Look At Being A Police Bomb Squad Tech. Plus, On Scene At The Nation's Longest Prison Hostage Crisis. 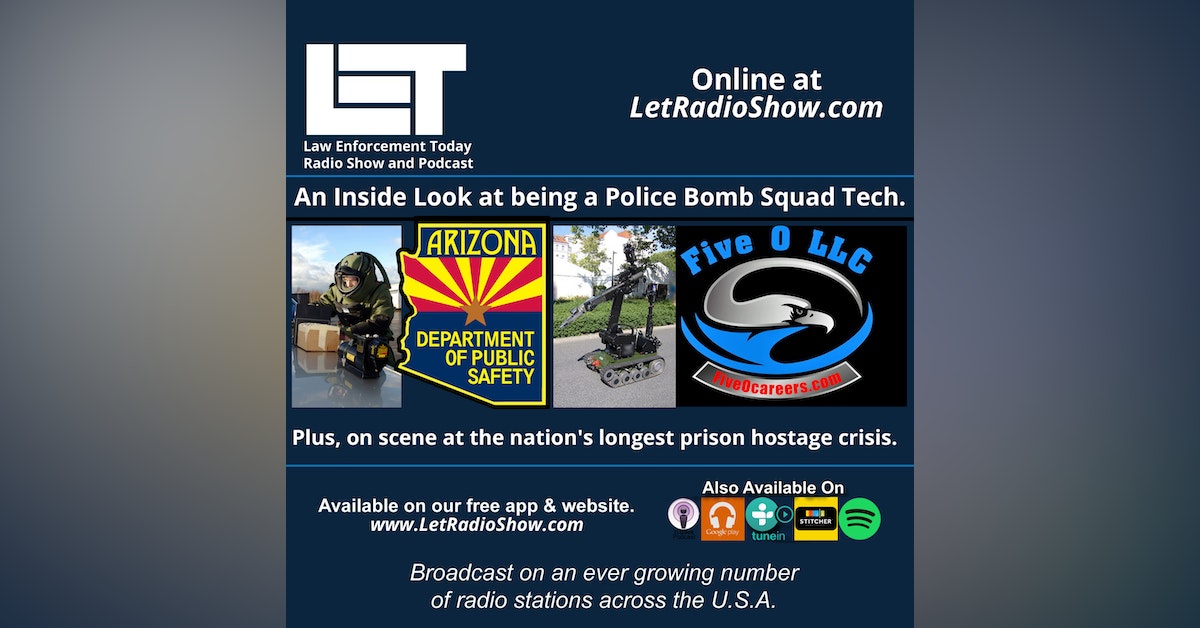 Police work was the perfect transition for me after leaving the military. We were and are one of the busiest bomb squads in the Country. An Inside Look at being a Police Bomb Squad Tech. Plus, on scene at the nation's longest prison hostage crisis.

Ken Emerson is our guest. Ken is a retired Trooper from the Arizona D.P.S. He retired as part of their bomb squad and door entry SWAT team members. He talks about the realities of being a police bomb squad tech, compared to Military E.O.D. and the distortions portrayed by Hollywood. The truths and realities about the explosive devices that police face. As a result of his bomb squad SWAT team duties Ken was on scene at the nation's longest running prison hostage crisis. The stark realities that the hostage corrections officers, and officers faced during the crisis. Ken also discusses his passion for helping law enforcement agencies recruit the best possible candidates, especially those from the Military.