S5E56: The Violence and Trauma, Policing in England. 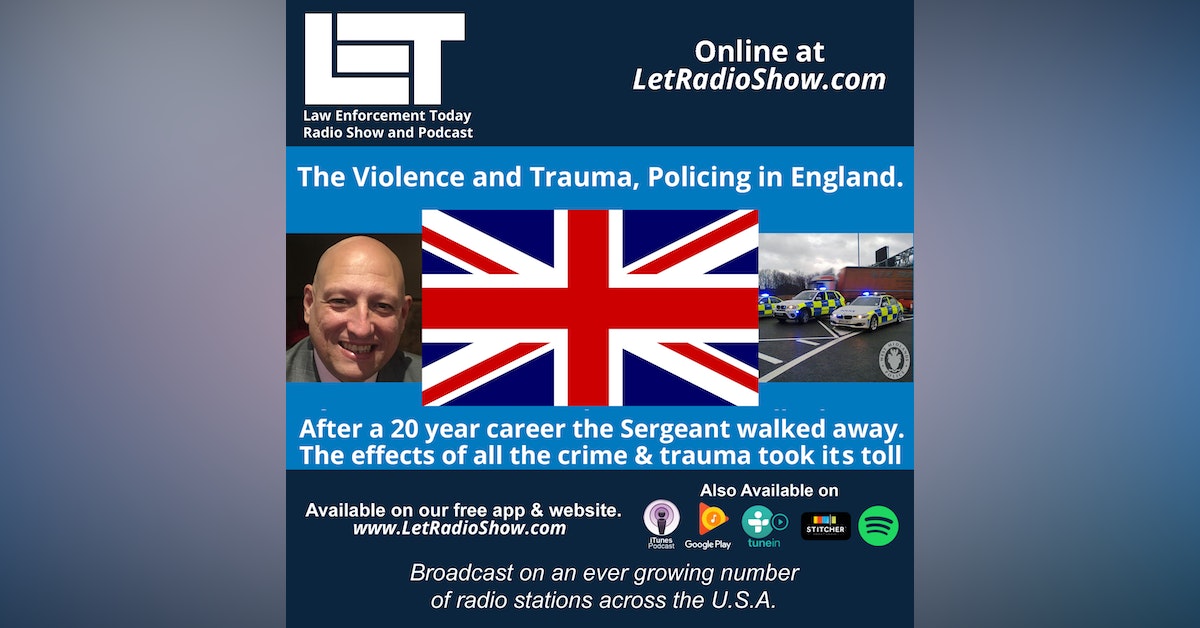 I just left, which is unheard of in British Policing. The effects of the violence, the constant trauma just wasn't worth it anymore. The Violence and Trauma, Policing in England. After a 20 year career the Sergeant walked away.  The effects of all the crime & trauma took it’s toll.

Jim Nixon is our guest. He is a former police sergeant from the Birmingham England area. Jim talks about the realities of the violent crime that took place during his police career in England. He also discusses the last of many traumatic incidents during his career in policing. When his own department launched a criminal inquiry into his actions, and those of his squad, they were cleared of all wrong doing, the combined effects took their toll on him and his family life. Jim left his police career of 20 years, but he continues to serve in the public housing sector and with his podcast.

If you enjoy the show, please tell a friend or two, or three about it. If you are able to leave an honest rating and, or, review it would be appreciated.