S5E82: Her Son and 2 Other People Were Murdered. A sanctuary county wouldn’t hold the suspect on a prior charge and let him out. 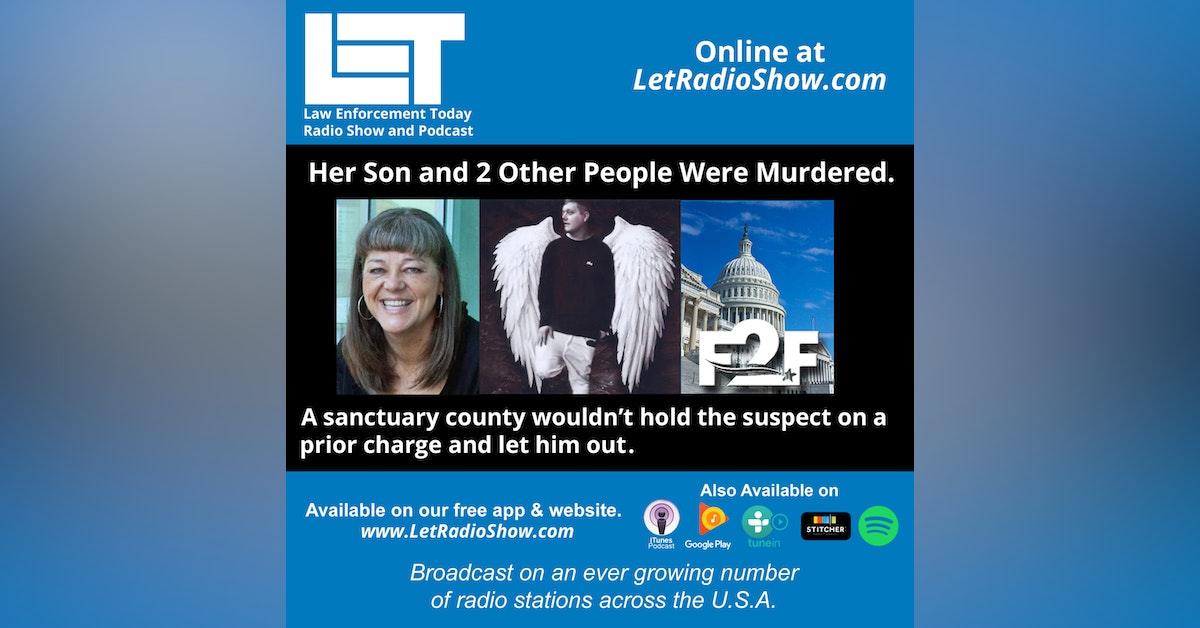 Her Son and 2 Other People Were Murdered. A sanctuary county wouldn’t hold the suspect on a prior charge and let him out.

Deborah Elkins is our guest in this special episode from the Feet 2 The Fire Radio Row event in Washington, DC. An Angel Mom whose son was shot 23 times and killed while sitting on a sofa at a friend’s house. The gunman was able to engage in this heinous crime because he was protected from removal from the U.S. by a New Jersey community’s sanctuary policies.

Months earlier, the suspect was incarcerated in Middlesex County, New Jersey and ICE had issued a detainer to take custody of him. Due to the sanctuary status of that area, they released him prior to his being picked up by ICE. He had been arrested for domestic violence charges when they chose to release him because ‘Middlesex County does not honor ICE detainer holds’.

After New Jersey officials let him go, he left the area and came to Springfield, Missouri, where he killed her son, Aaron Joshua Hampton, along with Steven Marler and Sabrina Starr, and severely injured two other people.