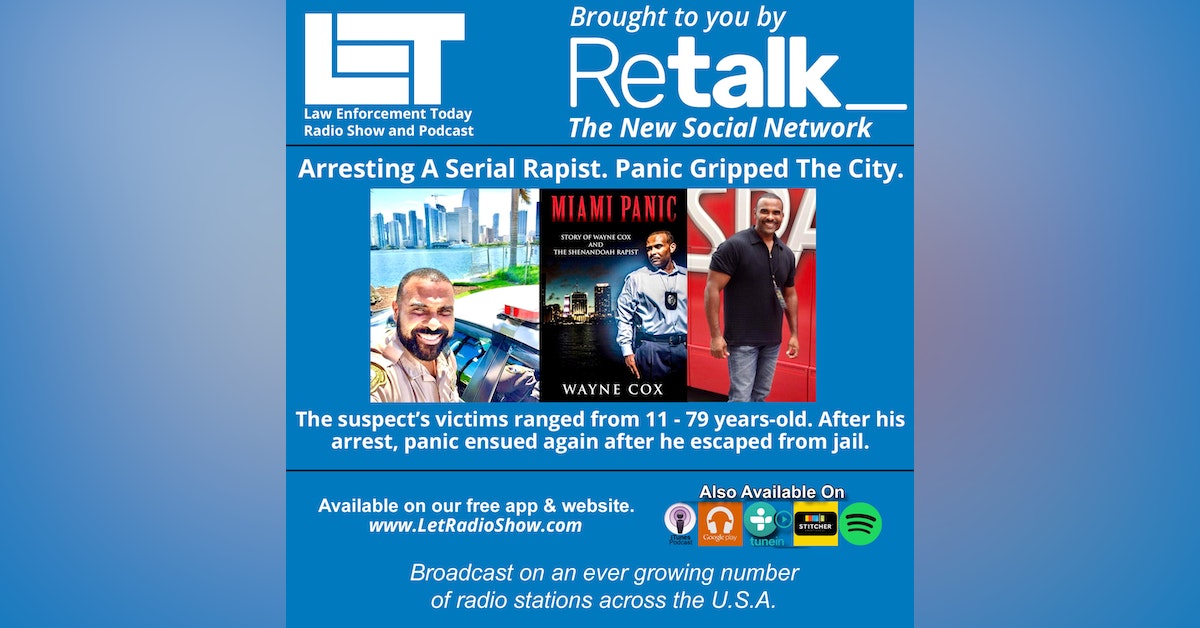 Arresting A Serial Rapist. Panic Gripped The City. The suspect’s victims ranged from 11 - 79 years-old. After his arrest, panic ensued again after he escaped from jail.

From 2002 - 2003 the serial rapist preyed on females in Little Havana and the nearby Shenandoah neighborhood. His victims ranged from 11 - 79 years of age. The suspect was able to blend into the community and panic took hold in the City. After months and countless man hours a suspect was arrested, his DNA was matched to samples collected at crime scenes. The relief was short lived because the Shenandoah rapist escaped from jail and the manhunt was on again.

Wayne Cox is our guest. He is a detective in the Miami - Dade Police Department. He lived one of the most horrific traumas any law enforcement officer would ever wish to face. Being responsible for putting the public's fear at rest, Det. Cox was challenged with finding and arresting the Shenandoah Rapist in one of the country's largest cities. He talks about this and his book "Miami Panic: The Story of Wayne Cox and The Shenandoah Rapist".