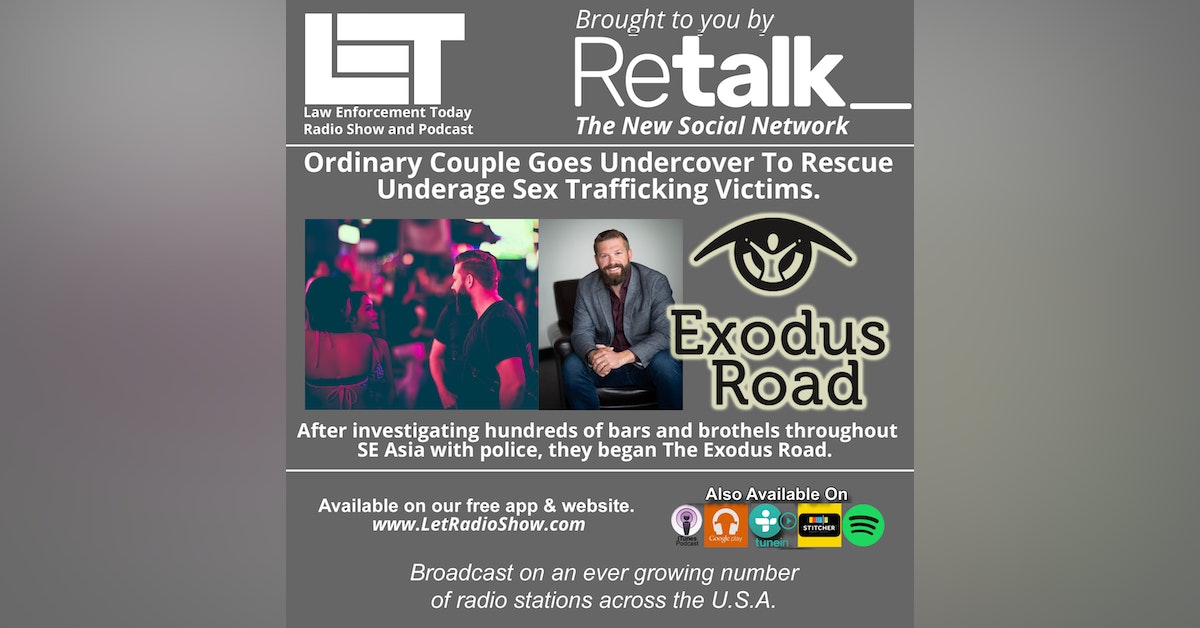 Matt Parker is our guest. He and his Wife started working undercover to investigate, expose and prosecute sex trafficking work in Thailand. They began when they directed a children’s home for girls in rural Thailand. During that time, Matt began networking with  local police about sex trafficking of children. He was deputized by police and started working personally to find those trapped in slavery as an undercover investigator. Armed with hidden body-worn cameras, he posed as a “john,” a man interested in sex for sale, and gathered evidence for police partners. It was gritty work that neither of them expected when they first began their journey.

Matt and Laura began The Exodus Road in January of 2012 with the belief that justice is in the hands of ordinary people – just like them. Matt and Laura have since been joined by a diverse group of committed staff and volunteers active in multiple countries around the world.