S5E87: The Murder of 2 of His Brother Police Officers by a Paroled Convict Took it's Toll on Him. 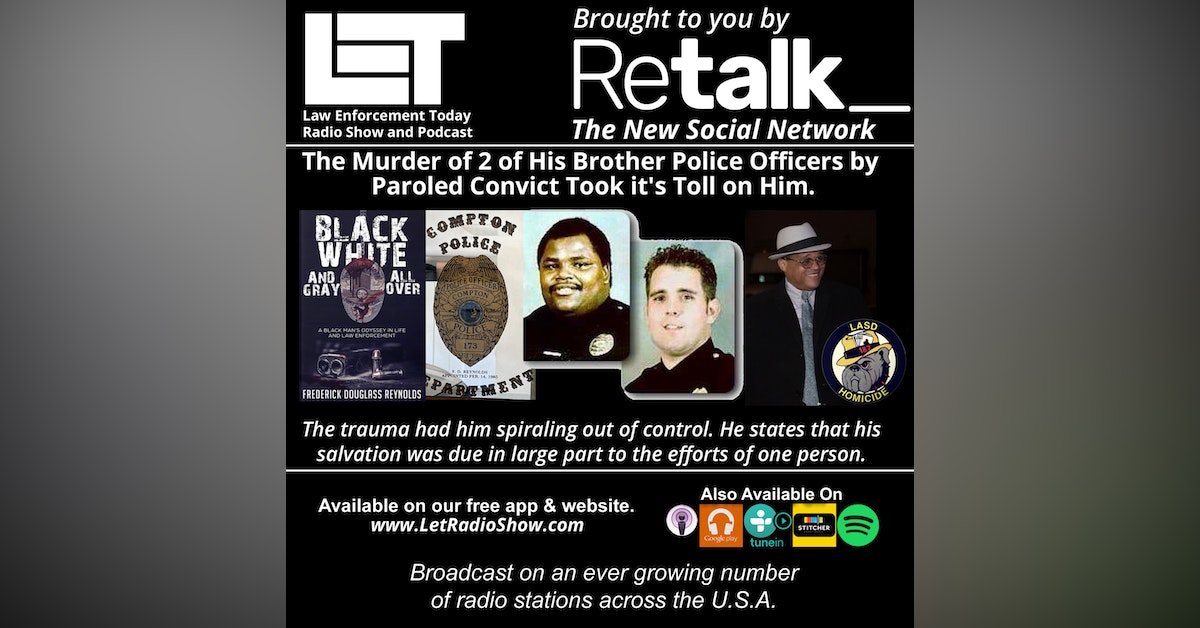 The Murder of 2 of His Brother Police Officers by a Paroled Convict Took it's Toll on Him. The trauma had him spiraling out of control. He states that his salvation was due in large part to the efforts of one person.

Police Officers Kevin Burrell and James MacDonald were shot and killed while making a traffic stop. Frederick Reynolds, their friend and fellow Compton Police Officer was assigned to handle the initial investigation and crime scene. The killer was a parolee in possession of a handgun. The subject was able to break free as the officers attempted to handcuff him. He fired at both officers with another gun he still had concealed on his person.

Frederick Reynolds, retired Los Angeles County Sheriff's Detective is our guest. He tells us about Kevin Burrell and James MacDonald, the trauma of the murder, and the devastating impact it had on him. The traumatic after effects had him spiraling out of control. He states that his salvation was due in large part to the efforts of one person. Frederick also talks about his life, before, during and after policing.

Plus he talks about this book "Black, White, and Gray All Over: A Black Man's Odyssey in Life and Law Enforcement".