S5E89: Doctors And Nurses That Are Serial Killers. The Investigation and Arrest of Dr. Michael Swango, a Serial Killer. And other health professionals that are Serial Murderers. 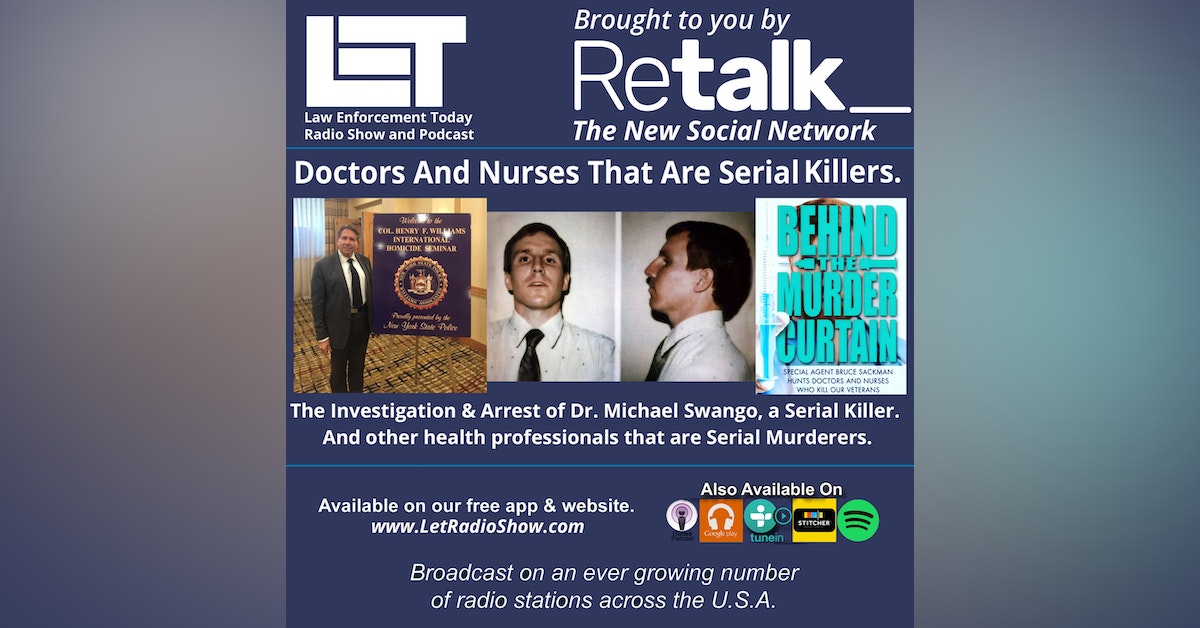 Doctors And Nurses That Are Serial Killers. The Investigation and Arrest of Dr. Michael Swango, a Serial Killer. And other health professionals that are Serial Murderers.

Dr. Joseph Michael Swango, also known the nickname Dr. Death, was an American physician and an admitted serial killer. It is believed that he may have been involved in as many as 60 fatal poisonings.

Bruce Sackman, retired Special Agent in Charge of the Department of Veterans Affairs Office of Inspector General is our guest. Bruce talks about the case of Dr. Michael Swango, a Veterans Administration Doctor that was suspected of murdering 60 people by poisoning. He discusses he oversaw the formation of a special team of professionals that investigated health care workers that were serial killers. The unbelievable but true case of Dr. Michael Swango was the first. From the start to the successful prosecution he tells the story as only someone who was there could.

Bruce also talks about the book that he wrote, documenting their many investigations. It is titled "Behind the Murder Curtain: Special Agent Bruce Sackman Hunts Doctors and Nurses Who Kill Our Veterans".