S5E90: Her Brother Was Killed, She Was Severely Injured. Was The Drunk Driver Allowed To Escape? 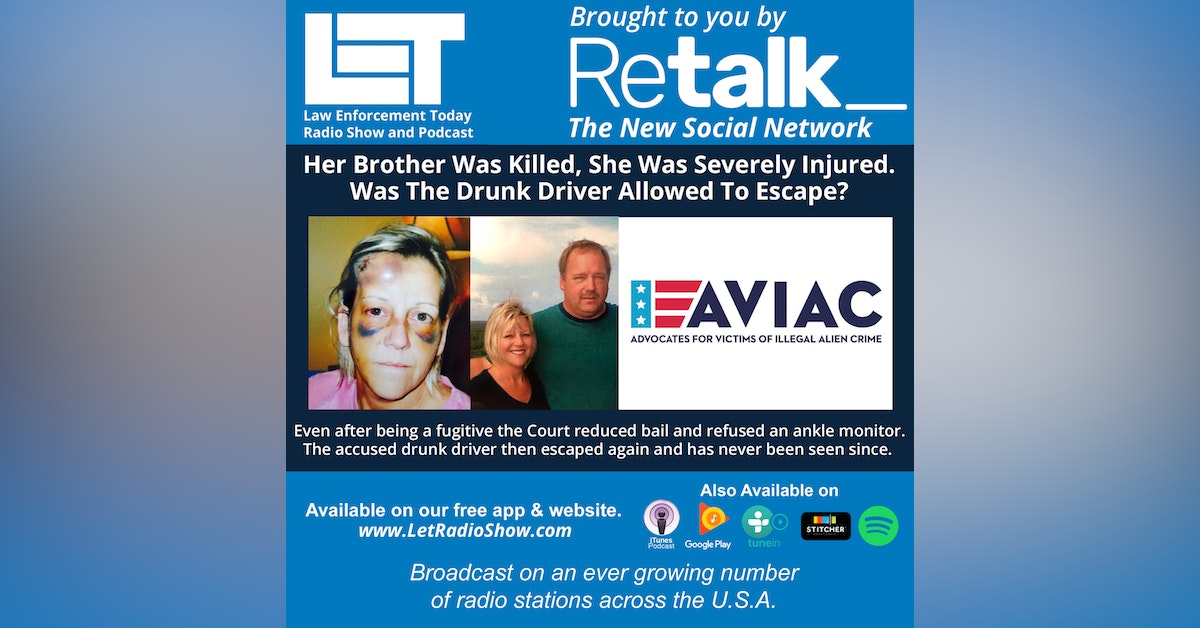 Her Brother Was Killed, She Was Severely Injured. Was The Drunk Driver Allowed To Escape? Even after being a fugitive the Court reduced bail and refused an ankle monitor. The accused drunk driver then escaped again and has never been seen since.

Her life will forever be divided by the events of October 5, 2011. A drunk driver, who also happened to be an illegal immigrant, struck their vehicle after running a red light. The collision killed her brother and left her with severe injuries. While in the hospital the drunk driver was charged and then escaped. After a period of time he was arrested again. During the court hearing, the bail was reduced, and they refused an ankle monitor, despite the fact that the suspect had fled before and was an illegal immigrant. So the defendant fled and has never been seen since. Did the court's actions allow him to escape again?

Chris Storie is our guest, she talks about the collision and the frustrations she has encountered due to the court's decision. She also tells us about her Brother, her family, life for her after the incident and her work with AVIAC.