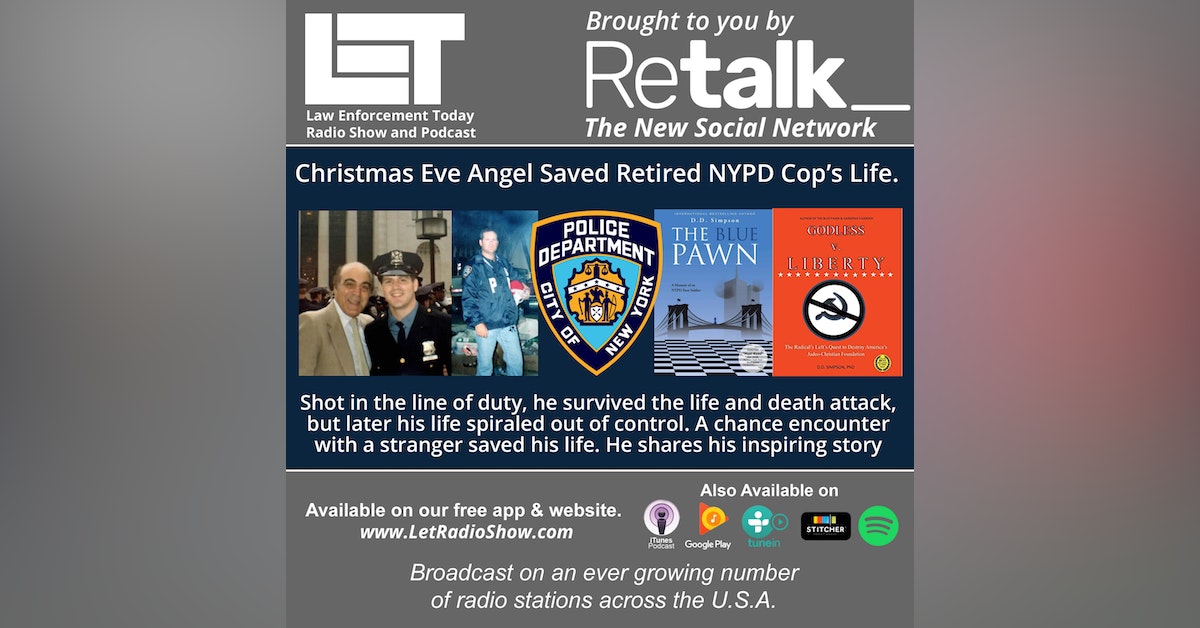 A Christmas Eve Angel Saved Retired N.Y.P.D. Cop's Life. Shot in the line of duty, he survived the life and death attack, but later his life spiraled out of control. A chance encounter with a stranger saved his life. He shares his inspiring story.

He was on a train on Christmas Eve and had made a decision to end his life later, after arriving at his destination. A chance encounter with a stranger named Erin, who he said wouldn't stop talking, ended up saving his life and changing his direction.

Dean Simpson, is a retired police officer from the N.Y.P.D. He was attacked and shot in a life and death battle, the shooting left him with a life long disability. Over the next few years his life began to spiral out of control, alcohol abuse and post traumatic stress took it's toll. He talks about his career, the dark days and how the stranger helped save his life and change it's direction. He also talks about his books. Don't miss Dean's inspiring story.