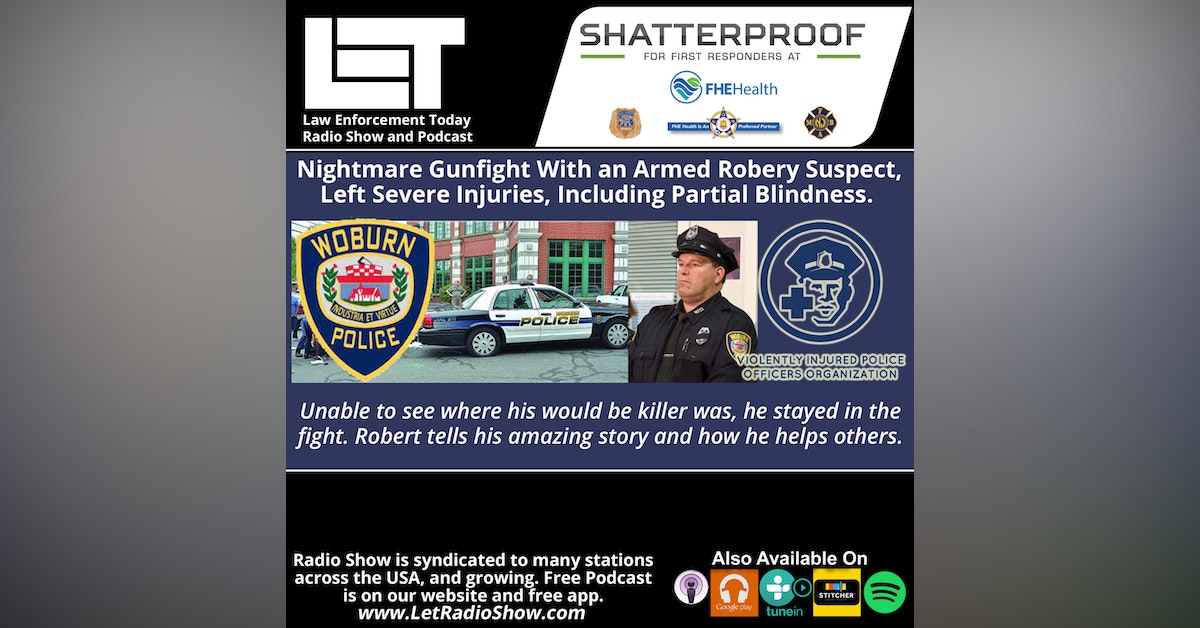 A Nightmare Gunfight With an Armed Robbery Suspect, Left Severe Injuries, Including Partial Blindness. Unable to see where his would-be killer was, he stayed in the fight. Robert tells his amazing story and how he helps others.

Saving and rebuilding the lives of First Responders. Because sometimes the Helpers Need Help.  Shatterproof for First Responders at FHE Health. For 24/7 Confidential Free Information call 833-776-1420.

“I was shot and couldn’t see, my hand wasn’t working and I didn’t know where the shooter was… but he kept shooting me… I couldn’t see…”  Retired Police Officer Robert DeNapoli is our guest.

He got a call for an armed robbery at a jewelry store. When he arrived he was met by two suspects, one of which opened fire on him.

As he got out of his police car while responding to a call for a robbery at a Jewelry store, Robert DeNapoli was shot six times, in the hand, arms, legs, and left eye. The first to arrive on the scene, Bob immediately exchanged gunfire with the suspect, hitting the suspect twice as DeNapoli took multiple rounds. When a round hit him in the hand taking off most of his index finger, the trigger to his gun was damaged and would no longer fire leaving him with no weapon.

He was transported to the hospital in critical condition and after several surgeries and days of treatment, was able to return home. Though the 17-year veteran’s career as a law enforcement officer came to an end as a result of his injuries, which left him blind in his left eye and walking with a limp, he continues to remain active in the law enforcement community through Violently Injured Police Officers Organization.