S6E48: Her Fiancee, Police Corporal Jacai Colson, Was Shot and Died In Her Arms. After Sustaining PTSD She Was Abandoned By The Police Agency They Both Served. 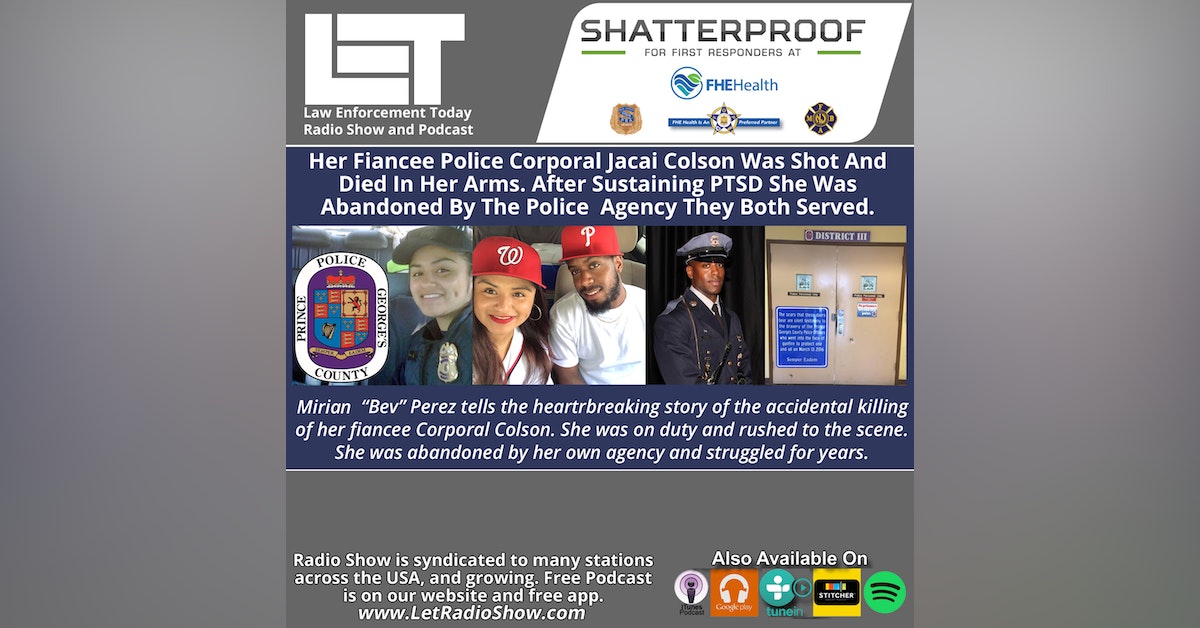 "If you've never listened to an episode of the Law Enforcement Today Radio Show and Podcast make sure you check this one out." John Jay Wiley.

Her Fiancee, Police Corporal Jacai Colson, Was Shot and Died In Her Arms. After Sustaining PTSD She Was Abandoned By The Police Agency They Both Served.

Miriam “Bev” Perez tells the heartbreaking story of the accidental killing of her fiancee Corporal Colson. She was on duty and rushed to the scene. She was abandoned by her own agency and struggled for years.

Mirian "Bev" Perez is a former Prince George's County Maryland Police Officer. She and Police Corporal Jacain Colson were engaged to be married. Jacai was working as an undercover police officer and had driven to the police headquarters building to bring her some food.  Mirian was working when a call came out for an active shooter at the P.G. County Police Building, where Jacai Colson was waiting to meet her.

The suspect began shooting at the police station, and passing vehicles before being engaged by responding officers. Corporal Colson, who was in plainclothes, engaged the shooter, allowing the other officers to seek cover.

Corporal Colson was inadvertently struck by a round fired by one of the other officers. He was transported to a local hospital where he was pronounced.

She arrived at the scene and began tending to Corporal Colson. And then drove him to the hospital where he was declared dead. She talks about the horrible incident and how her life began to spiral out of control with PTSD. Her agency the Prince George's County Police Department and County Government abandoned her due to the PTSD. For years she struggled until she found help.

Mirian "Bev" Perez now helps others as a group leader at Shatterproof for First Responders and also her own program Shieldus.app.