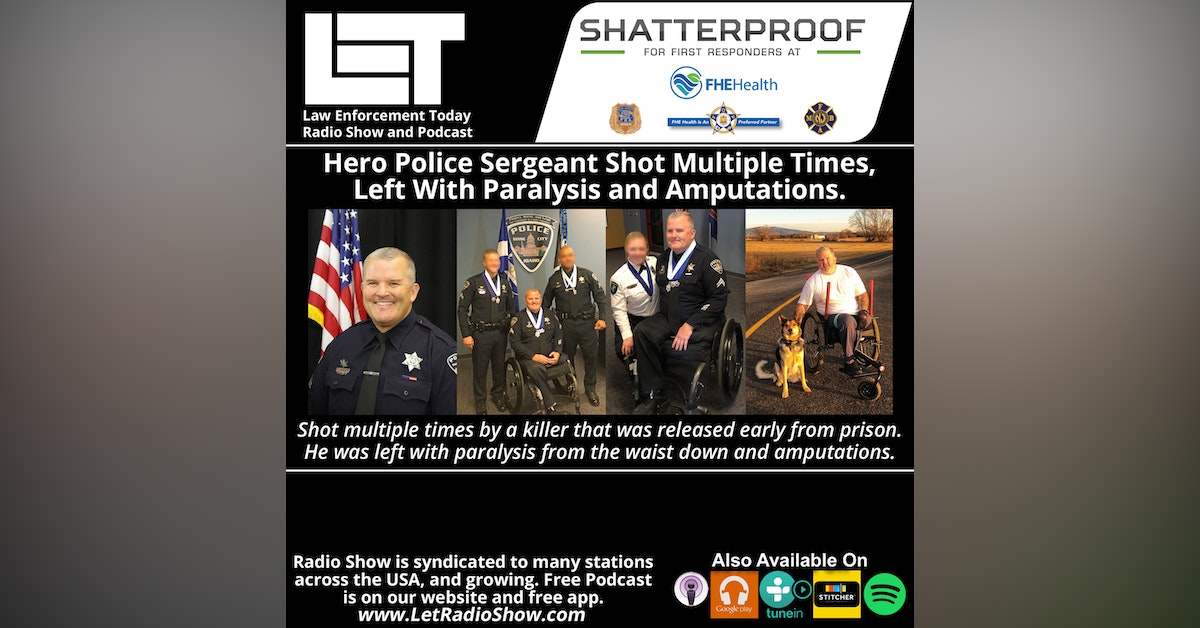 Hero Police Sergeant Shot Multiple Times, Left With Paralysis and Amputations. Shot multiple times by a killer that was released early from prison. Kevin Holtry was left with paralysis from the waist down and amputations.

Shot multiple times by a fugitive he barely survived. He and another officer on the team were shot by the suspect who was killed by backup officers. Retired Police Sergeant Kevin Holtry is our guest.

A fugitive, who was released from prison early had shot multiple people and was on the run. As part of the Boise Police SWAT Team, now retired Police Sergeant Kevin Holtry and his team were searching for the suspect when he opened fire. He was left with paralysis from the waist down and eventually had both legs amputated. Kevin tells the story of the shooting and his powerful story of recovery from the incident and his inspiring life after.