S6E67: U.S. Army Special Forces Soldier Stepped on an I.E.D. in Afghanistan. After Rehab He Returned to Combat. 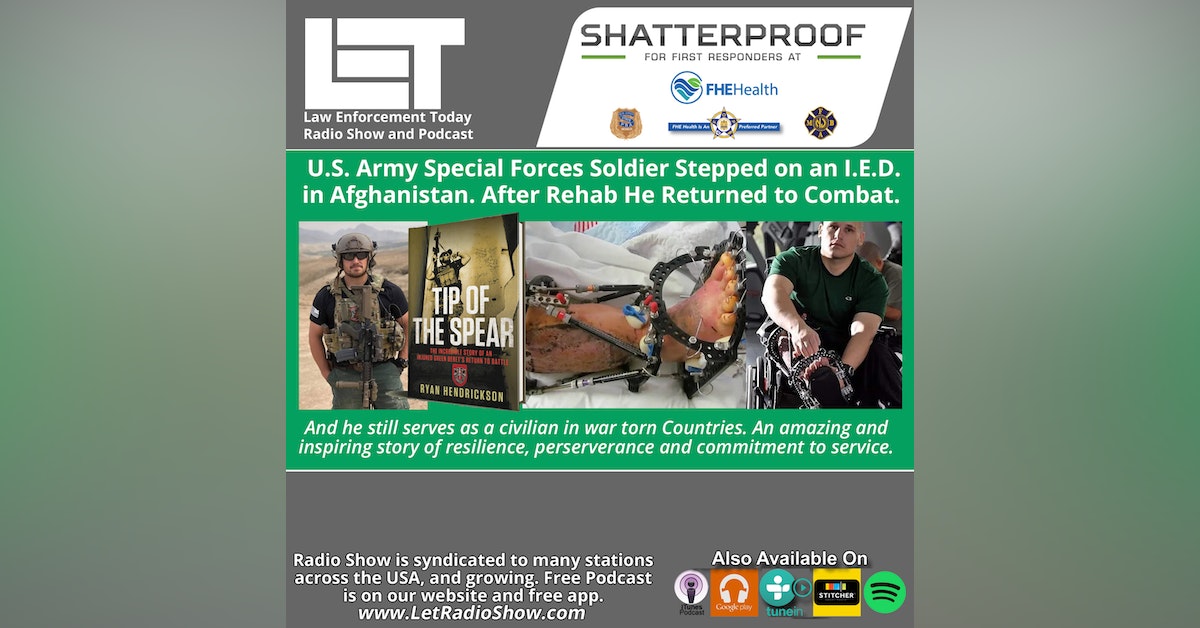 U.S. Army Special Forces Soldier Stepped on an I.E.D. in Afghanistan. After Rehab He Returned to Combat. And he still serves as a civilian in war-torn Countries. An amazing and inspiring story of resilience, perseverance, and commitment to service.

Ryan Hendrickson is our guest, a retired U.S. Army Green Beret. Prior to enlisting in the Army, he served in the U.S. Navy and then the U.S. Air Force. While in the Army he became a member of the Elite Green Beret Special Forces and focused on Explosives Detection and Disposal. While deployed in Afghanistan in a combat zone he stepped on an Improvised Explosive Device and received devastating injuries. Ryan was set to have his leg amputated when he was approached with a new experimental limb-saving medical procedure, which he volunteered for.

After a long rehabilitation process, he convinced the Army to allow him to stay in a light-duty role. He was able to find a way to return to a combat role and returned to complete several deployments to war zones. He started journaling his recovery and eventually used that as the outline for his book "Tip of the Spear: The Incredible Story of an Injured Green Beret's Return to Battle".

Even more amazing, listen to how he continues to serve in war-torn countries as a civilian.