S6E83: He and His Family Escaped Vietnam at the end of the War, and He Became a Past Director of I.C.E. 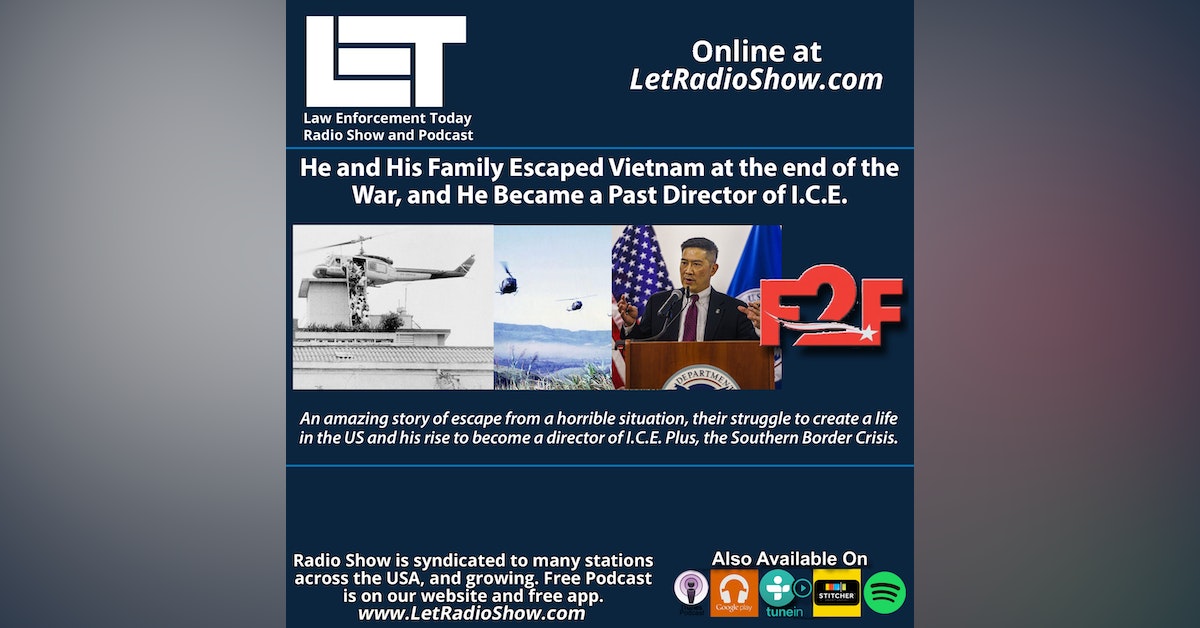 He and His Family Escaped Vietnam at the end of the War, and He Became a Past Director of I.C.E. An amazing story of escape from a horrible situation, their struggle to create a life in the US and his rise to become a director of I.C.E. Plus, the Southern Border Crisis. Special Episode of the show, from F2F on the roof of 400 North Capitol Street in Washington D.C.

Imagine if you were one of the first on Social Media, or on Social Audio apps. Here's your chance to be one of the first on the free Breakout app, that combines the best of social audio and social media. Get it at www.LetBreak.com, there is a free version for iPhone and Android devices. Be sure to follow John J Wiley of the Law Enforcement Today Radio Show and Podcast, use the profile @LetRadioShow. Get it for free at LetBreak.com or at the App Store and Google Play.

A special episode of the Law Enforcement Today Radio Show from the roof of the building overlooking the U.S. Capitol Building at 400 North Capitol Street in Washington D.C. This was at the Federation For American Immigration Reform's annual Feet 2 the Fire Radio Row event. We were one of 66 radio shows invited.

Our guest Tony Pham was born in South Vietnam two years before the fall of Saigon. Like many other freedom-seeking Vietnamese, his family fled the communist regime in 1975. As a young child, Mr. Pham witnessed his parents sacrifice tremendously to rebuild their lives in a new and wonderful country. In 1985, the Phams were rewarded with their naturalized citizenship. Mr. Pham watched his parents work relentlessly as laborers to support a family and to put him through school at the College of William and Mary and then the University of Richmond School of Law.

If you enjoy the Law Enforcement Today Radio Show and Podcast, please tell a friend or two, or three about it. Be sure to Like and Follow us on Facebook.