S6E93: Violent 1% Biker Gangs Exploded at the Laughlin River Run Riot. Was it a Biker War? 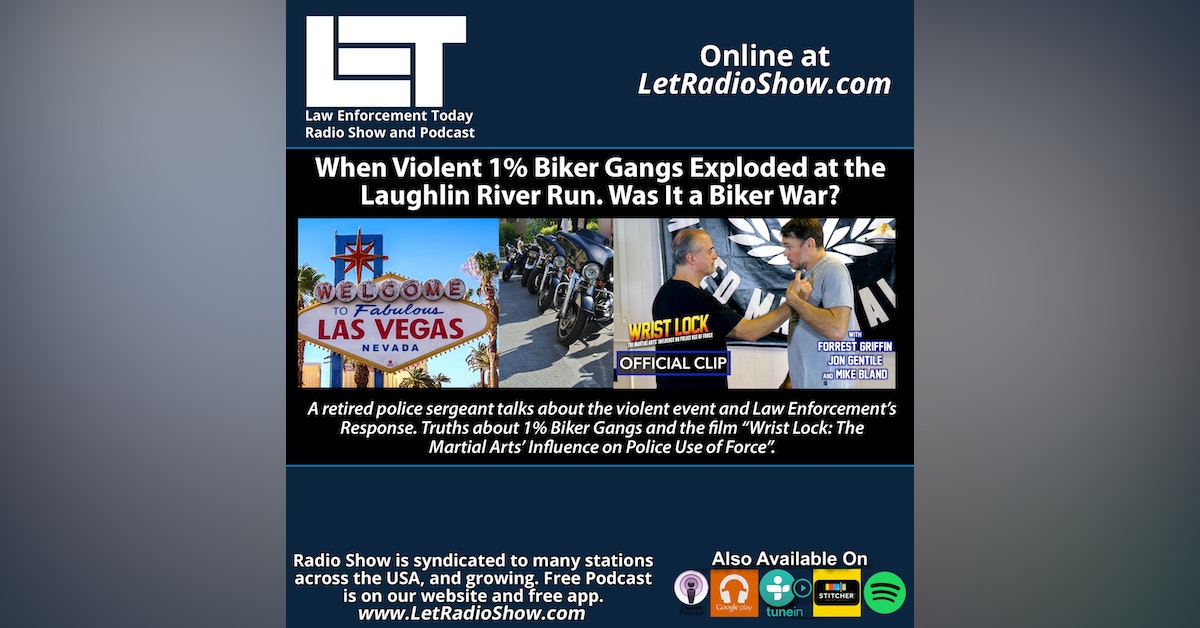 When Violent 1% Biker Gangs Exploded at the Laughlin River Run. Was it a Biker War? A retired police sergeant talks about the violent event and Law Enforcement's Response. Truths about 1% Biker Gangs and the film "Wrist Lock: The Martial Arts' Influence on Police Use of Force".

Jon Gentile, a retired Las Vegas Metropolitan Police Department Sergeant is our guest. Jon was working a unit that monitored criminal gangs, including 1% Biker Gangs. They paid close attention to their criminal activities and aided in quelling and prosecuting their illegal behavior. He was on scene at the notorious Laughlin River Run Riot. When the Hells Angels and the Mongols motorcycle clubs exploded on each other on April 27, 2002, in Laughlin, Nevada. One Mongol was stabbed to death, and two Hells Angels were shot to death. There were numerous others injured.

Jon talks about the realities of what happened that night and sheds truths about 1% Biker Gangs. He also talks about his police and martial arts career. John also discusses the film “Wrist Lock: The Martial Arts’ Influence on Police Use of Force”.