What it means to Smash the Stigma with Sgt. Michael Sugrue- Ret. | THE INTERVIEW ROOM | Episode 044 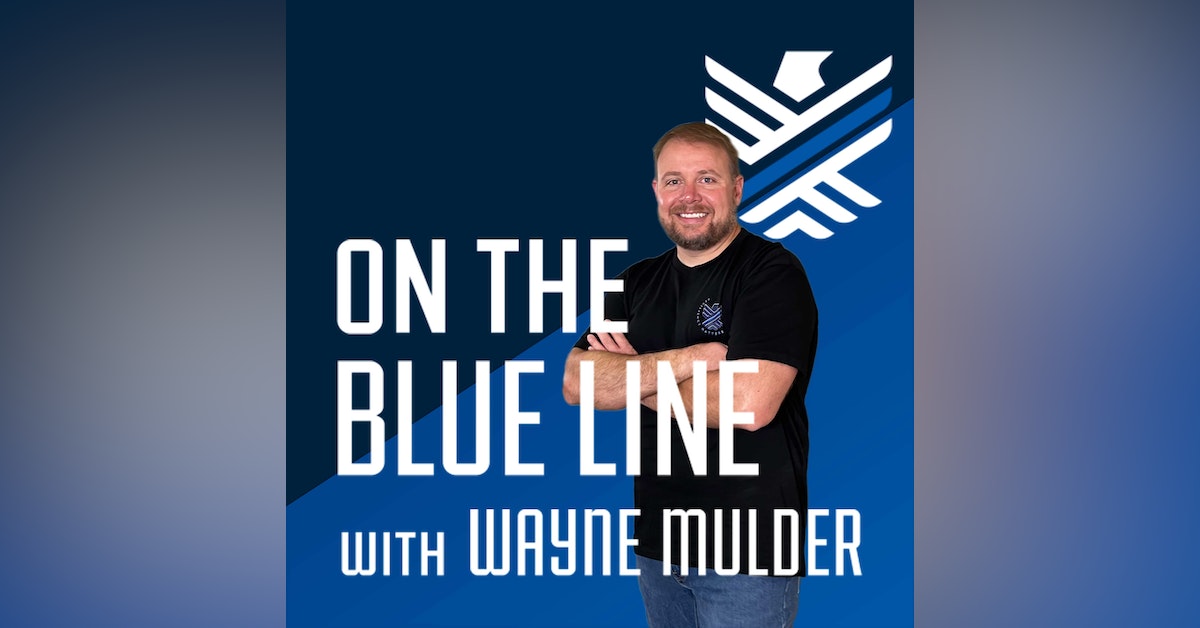 What it means to Smash the Stigma with Sgt. Michael Sugrue- Ret. | THE INTERVIEW ROOM | Episode 044   See this Episodes complete at   The On The Blue Line Podcast and Community has the mission of Empowering Cops in their personal...

What it means to Smash the Stigma with Sgt. Michael Sugrue- Ret. | THE INTERVIEW ROOM | Episode 044

The On The Blue Line Podcast and Community has the mission of Empowering Cops in their personal lives and educating the public on the realities of law enforcement. This law enforcement podcast is focused on providing concepts, ideas, and actionable steps that can make a difference in your life. The morning roll call is a weekly monologue show with Wayne Mulder. The Interview Room podcast is an interview style format hosted by Wayne Mulder.

Step 1: Subscribe to the Podcast wherever you are streaming it.

Step 2: Follow us on social media, so you never miss an update.

Step 3: Join the On The Blue Line Community on Facebook.

In this episode, I sit down with Michael Sugrue:

Michael served all over the United States, Europe, the Middle East and South America. He was also a Security Forces Phoenix Raven with the unique identifier of #1173. Michael honorably separated from the Air Force as a Captain in 2004.

Michael was awarded the Walnut Creek PD Distinguished Service Medal in 2014 for his heroic and life saving actions during a Fatal Officer Involved Shooting in 2012.

Michael ultimately medically retired in 2018. He is now a Peer Volunteer at the West Coast Post Trauma Retreat (WCPR) and an Ambassador for Save A Warrior (SAW).

In his BEST-SELLING book, RELENTLESS COURAGE: Winning the Battle Against Frontline Trauma, along with Dr. Shauna Springer, PhD, they tackle the complexity of trauma within the law enforcement community, uncovering the unspoken barriers, and outline a path to healing.

RELENTLESS COURAGE released in Spring 2022 and has been described by Lt. Col. David Grossman, best-selling author of On Killing and On Combat as “one of the most important books of our time” and “the natural successor to On Combat.”

On The Blue Line was founded and is operated by active-duty law enforcement to fulfill the mission of providing guidance, resources and community for law enforcement officers and first responders in their off-duty lives.