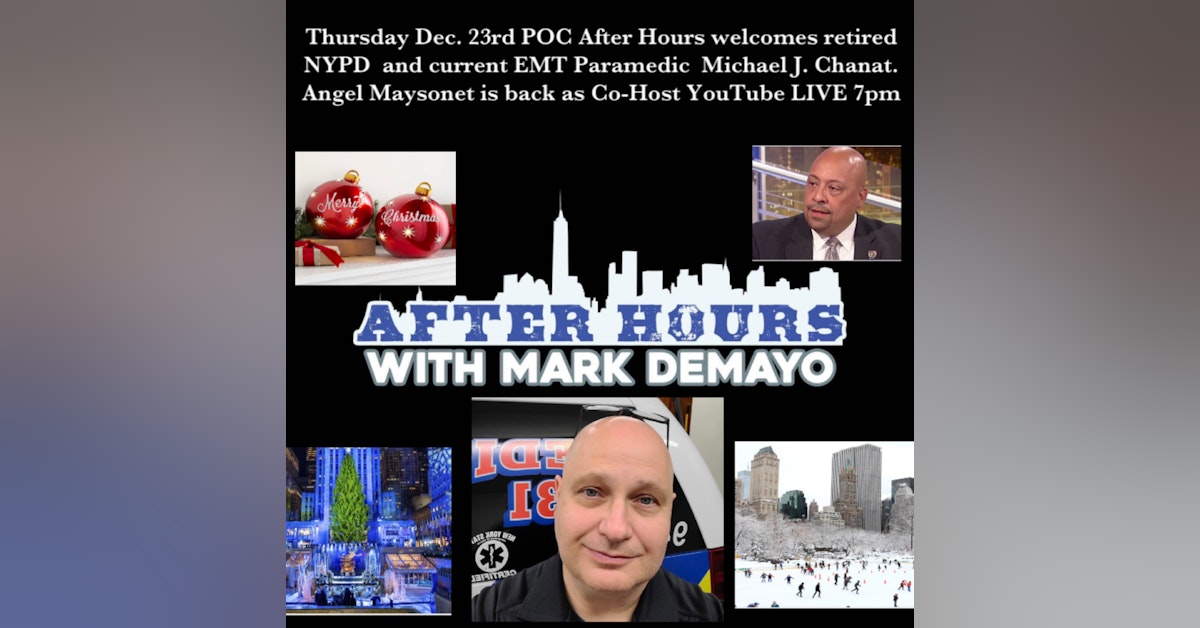 Michael Chanat had dreams of becoming an ESU Cop (Emergency Service Unit, NYPD version of SWAT). He finally gets his interview and when he went for his physical it was discovered that he had a heart valve issue. Michael had a the recommended procedure done, and felt great, fit for duty, but the job didn't want to take the risk and retired him on the "Heart Bill". As you'll here in this episode Michael is not one to "take it easy" and he followed his second passion, and became an Emergency Service Technician in Rockland County.

Earlier in the day the Kim Potter verdict came down, and Mark, Angel and Michael, discuss the case known now as the "taser, taser, taser" case

they also cover many other pressing topic, the NYPD new Police Commissioner, Christmas Party Lap Dances, two congresswomen known to be soft on crime get carjacked and much more. enjoy