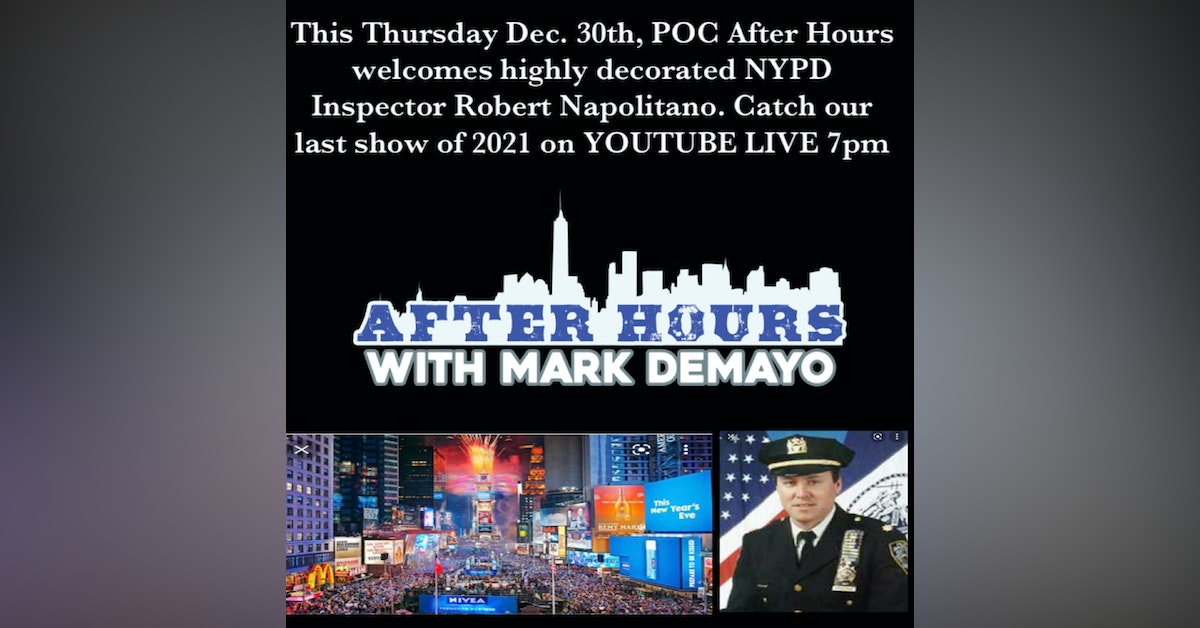 Robert "Nappy" Napolitano is a retired NYPD Inspector. He had a distinguished career, that spans 28 years. Nappy graduated the Police Academy in 1982 and took to the streets making a lot of "collars" he went to work for the famous Street Crime Unit from 1984 to 1986. He then went to the Queens Narcotics Unit and was promoted to Detective. On the advise of his supervisor he took the Sergeants test and passed. As a Sgt he worked in the toughest Precincts in Brooklyn the 77 & 75. He then went on to be a Sgt in the TNT Unit from 1991-1996. When he was promoted to Lieutenant he worked in the Police Academy where he had the opportunity to study for the Captains exam. as a Capt. he was the executive Officer of the 67 pct. As a Commanding Officer he led the brooklyn South Task Force, and several other commands before becoming the Commanding Officer of the Queens Narcotics Unit. He retired in 2010. It's a great episode full of funny stories. We even covered some modern day crime fighting problems, such as bail reform and DA's funded by George Soros.