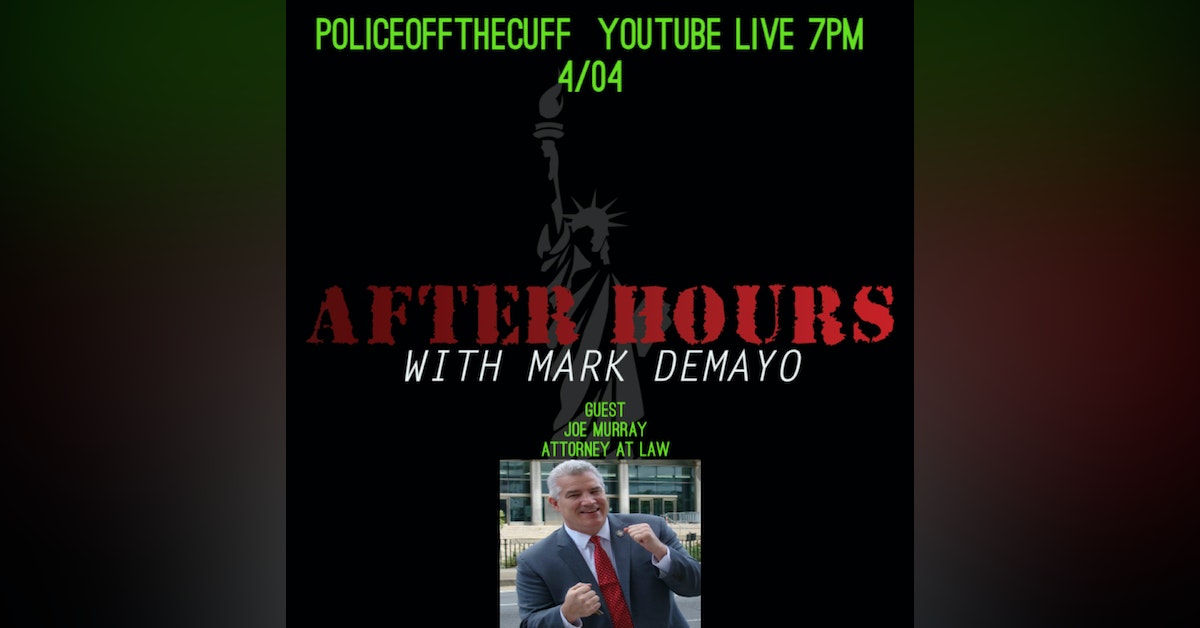 Frequent POC guest Joe Murray. Is a former NYC Police Officer turned Attorney. He has a very successful practice in New York. Mark and Joe have a ton of laughs this episode. Joe starts the discussion talking about the NYPD's appeal process for unvaccinated Police Officers with "exception" . A ruling will come down shortly. Mark and Joe talk about Mayor Eric Adams lifting restriction for unvaccinated athletes and entertainers to perform in NYC. United Airlines welcomes back unvaccinated employees. Yet NYC is still looking to fire unvaccinated first responders. Recent attacks on Hasidic Jewish residents of Williamsburg Brooklyn are uncomfortable walking the streets of their neighborhoods because of unprovoked attacks. The most recent a group of teens attacking a 21 year old Orthodox Jewish man for no reason. A sixteen year old male has been apprehended and charged with a hate crime. Body Cam footage saves a Tallahassee Fl Police Officer from excessive force charges. Long Island man shoots himself in the hands making Ghost Guns. The most beautiful Police Pup ever and a DUI excuse that makes too much sense. An informative, interesting and hilarious episode.