POC After Hours with Mark DeMayo 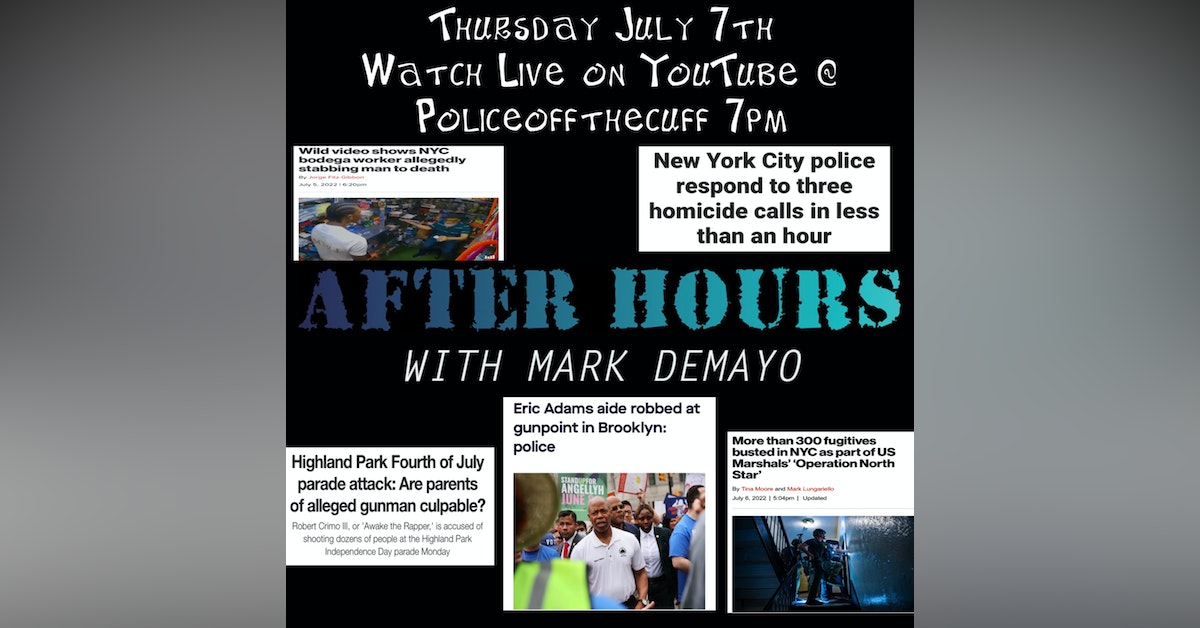 Mark starts off this fast paced episode talking about his desire to ride solo, "solo patrol" no guest this week. Mark mentions that it's been a goal of his that he has chickened out on several times, calling friends at the last minute to sit in. Luckily Mark took the chance and didn't make any last minute calls this week because its a wonderful episode. Mark starts off the show talking about his Fourth of July at a secret NYC beach where the women go topless. Mark follows the funny intro with a story about two different things he noticed the last time he was at the NYPD Police Academy mind and it affects recruiting. Mark talks about the new physical fitness requirements for recruits. Is it really important for young Cops to be in shape? Them Mark dives in to mind blowing story of a NYC Bodega Clerk who is sitting on Rikers Island Jail held on 250K bail for killing an irate customer who dared to come behind the deli's counter to assault the Clerk. It's just more evidence that Manhattan DA Alvin Bragg is working to destroy NYC. Fear of being indicted himself the father of the Parkland Mass Shooter Robert Crime II is distancing himself from co-signing for sons gun purchase. Great actor James Can has passed away. A tribute to Detroit Police Officer Loren Court who was ambushed and killed responding to a shots fired call. A Brittany Griner update. Mark closes the show with a film review of the new Elvis movie. It's a great episode. Although Mark prefers chatting with guest he can definitely go "solo patrol" and never lose a beat or a laugh.