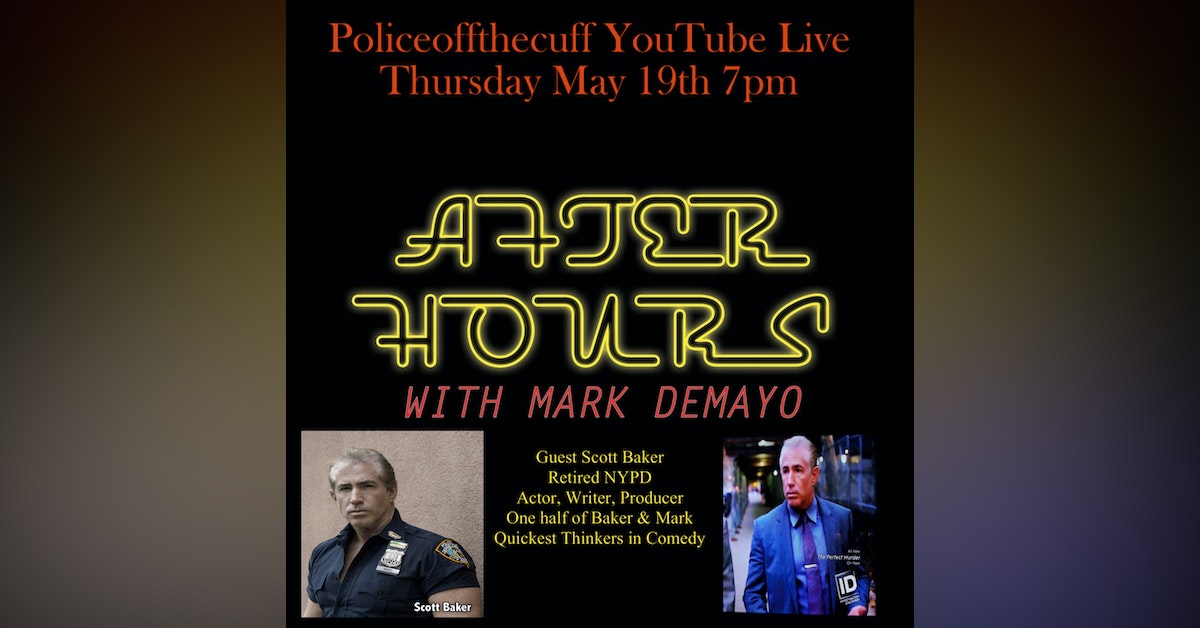 Scott Baker is a former NYC Police Officer. After having to take an early retirement because of line of duty injury he moved to Hollywood to become an actor. After acquiring his Screen Actors Guild card he moved back to New York and built his second career. Scott is also a great Improv Comedian and is one half of the Baker & Mark comedy team. This is a funny episode and flies by. Loaded with Terrific insight into both professions.