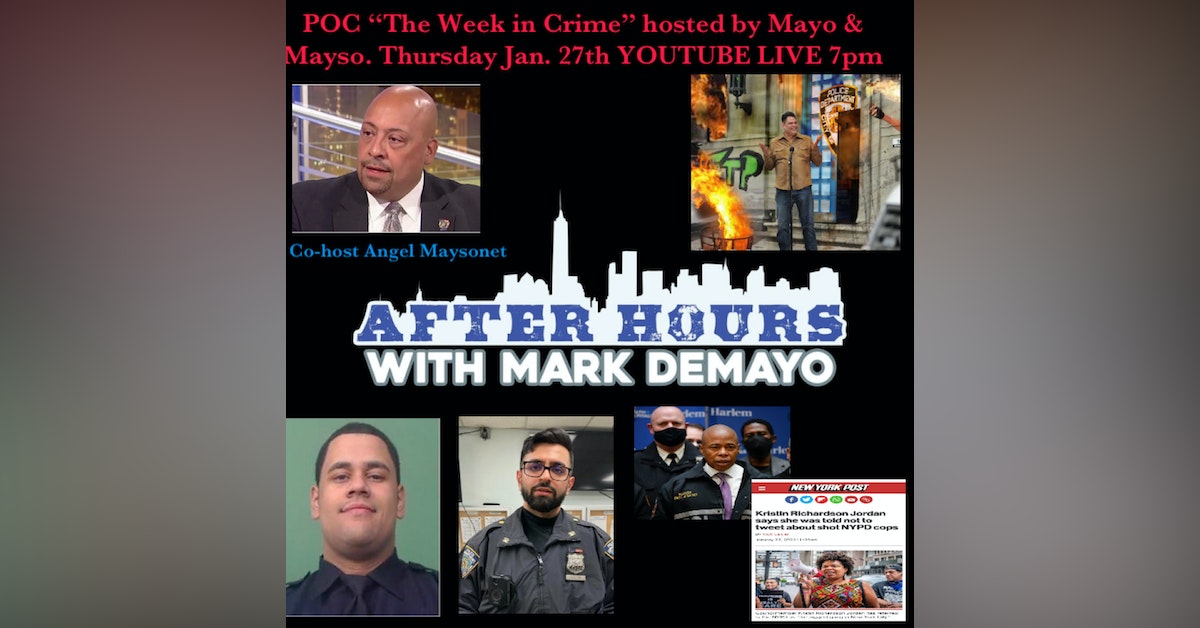 Host Mark DeMayo and Angel Maysonet bring you the latest in news stories involving Crime and Policing. This week Angel is getting a Thin Blue Line Tattoo at the Hard Knocks tattoo parlor in Yonkers New York. While Angel gets his tattoo and not cry they discuss the recent death of Wibert Mora one of two Police Officers from the 32nd Precinct that were ambushed while investigating a domestic violence call. They also the heroic actions of the third officer who was at the scene Sumit Sulan. Mark asks Angel about his recent visit to the "La Mega 97.9" spanish radio station in NYC to discuss or better yet argue with Hank Newsome leader of the BLM NY chapter. Later on in the show Mark introduces a new segment to the show called 'When the Tables Turn" when the "good" guy turns the tables on their attackers. All in all it was a fun and informitaive episode.