The Week In Crime and Policing with Mayo & Mayso 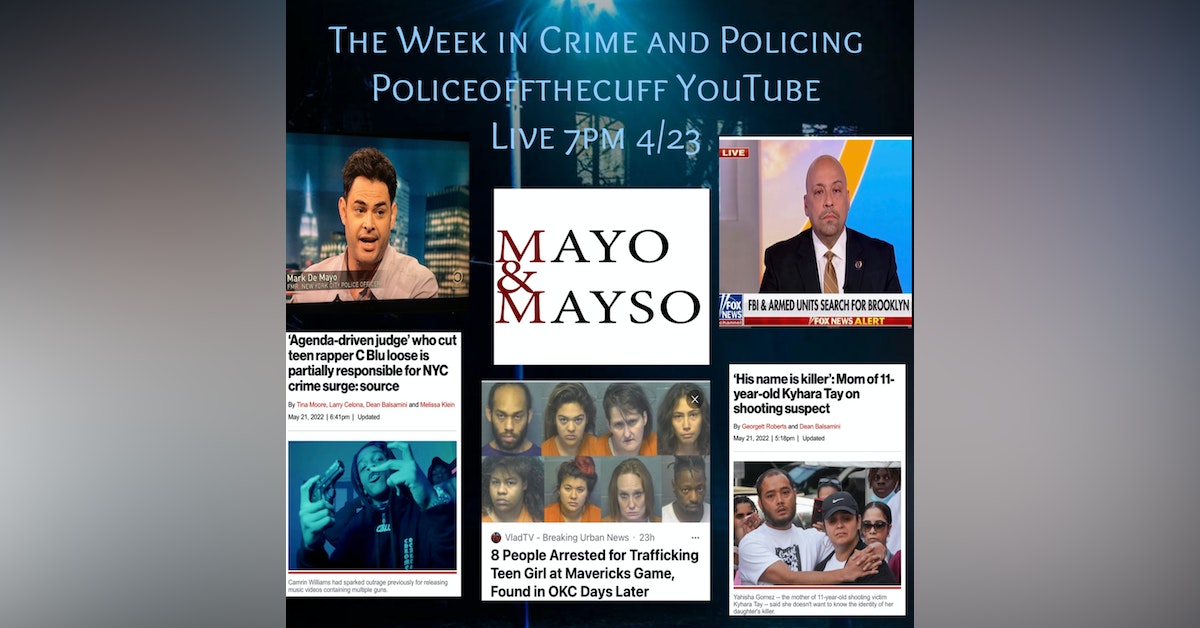 mark and Angel start off the show with breaking news. 18 year old Murder suspect Omar Bojang turns himself in the NYPD in regards to the shooting of 11 year old Bronx girl Kyhara Tay. The next story Mark and Angel discuss is the murder of Daniel Enriquez a 48 year old Goldman Sachs Banker who took the Q Train from his home into Manhattan when he was shot in the chest but an unknown assailant with no provocation. Eight sex traffickers are arrested and charged with the abduction of a 15 year old girl who attended the Dallas Mavricks game with her dad. She went to use the bathroom and never returned. A man "flossing his jewelry" is robbed of 10k worth of jewelry by two armed perps.   Two different versions of the United Airlines fight between an agent and a ex-NFL player. Proof we are being manipulated on Social Media. Amish Buggy driver may have been intoxicated. Another fast paced show. Jam packed with compelling and hilarious antidotes.