The Week in Crime with Mayo & Mayso 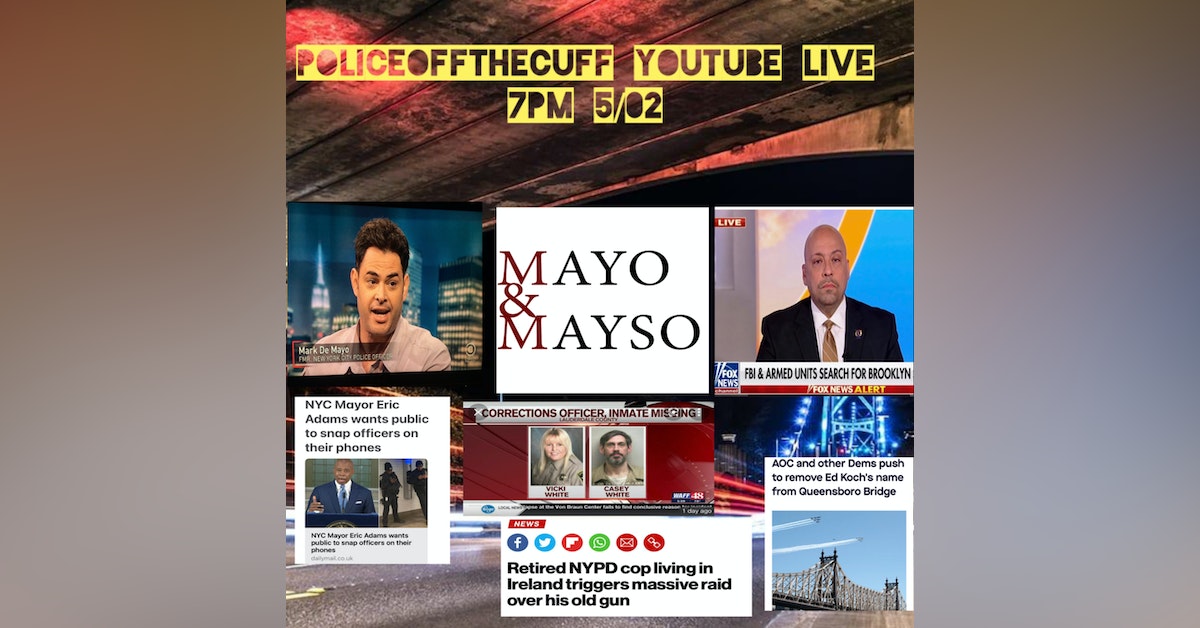 Mark and Angel start the show talking about Vicky White an Alabama Correction Officer may have broken convicted murderer Casey White out of prison. They joke about, At first it reads like the movie Out of Sight starring George Clooney and Jennifer Lopez. In reality its more like Escape At Dannemora, with Bencio Del Toro, Paul Dano and a frumpy Patricia Arquette. High end shop lifters have made the Upper East Side, Madison Avenue Boutiques almost impossible to do business. Stores are forced to require a reservation to shop.  NYC Mayor Eric Adams asks NYer's to take pics of Cops on the phone. NYPD Union President Pat Lynch lets the Mayor know that every Officer is issued a cell phone, to document there movement, take reports, and answer 911 calls. and much more. A funny, fast paced episode.