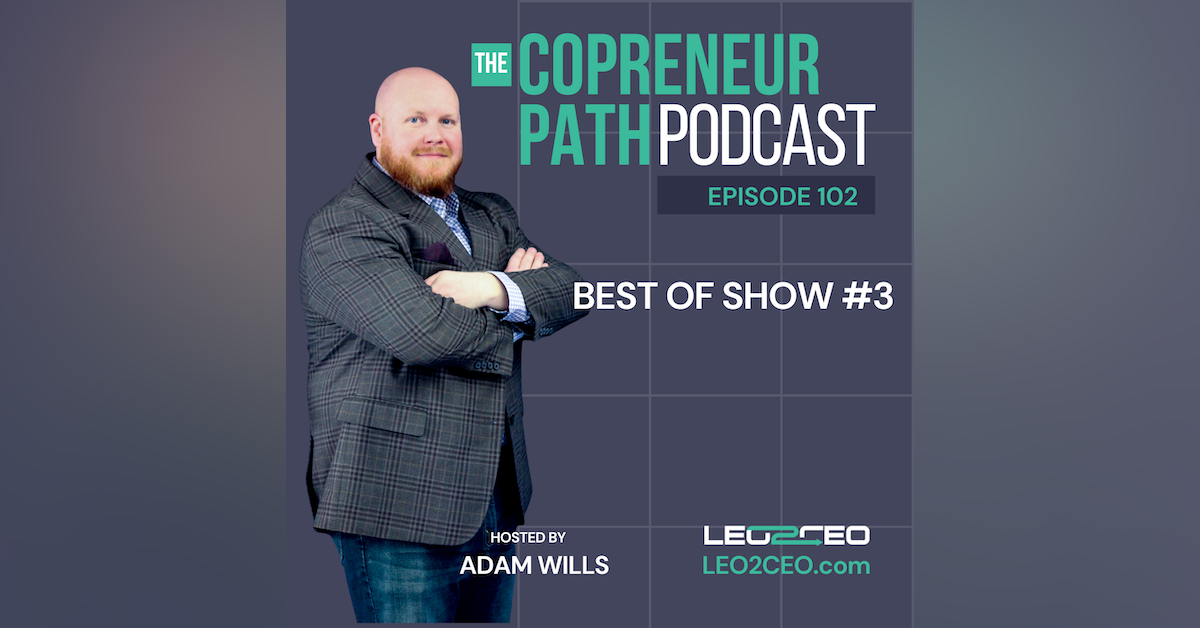 With the end of memory lane in sight, we've had a hard time in the editing room. Our guests have been amazing, and creating a "Best of Show" has proven to be a little harder than we anticipated. As we head into the final months of the year, we hope revisiting the older episodes can be just as refreshing and motivating for you as it has been for us.

In their description of Lt. Col. Dave Grossman, Slate Magazine said, “Grossman cuts such a heroic, omnicompetent figure, he could have stepped out of a video game.” He has five patents to his name, has published four novels, two childrens’ books, and six non-fiction books to include his “perennial bestseller” On Killing (with over half a million copies sold), and a New York Times best-selling book co-authored with Glenn Beck.

He is a US Army Ranger, a paratrooper, and a former West Point Psychology Professor. He has a Black Belt in Hojutsu, the martial art of the firearm, and has been inducted into the USA Martial Arts Hall of Fame.

Col. Grossman’s research was cited by the President of the United States in a national address, and he has testified before the U.S. Senate, the U.S. Congress, and numerous state legislatures. He has served as an expert witness and consultant in state and Federal courts. He helped train mental health professionals after the Jonesboro school massacre, and he was also involved in counseling or court cases in the aftermath of the Paducah, Springfield, Littleton and Nickel Mines Amish school massacres.

Since his retirement from the US Army in 1998, he has been on the road almost 300 days a year, for over 19 years, as one of our nation’s leading trainers for military, law enforcement, mental health providers, and school safety organizations.

Today Col. Grossman is the director of the Killology Research Group (www.killology.com). In the wake of the 9/11 terrorist attacks he is has written and spoken extensively on the terrorist threat, with articles published in the Harvard Journal of Law and Civil Policy and many leading law enforcement journals, and he has been inducted as a "Life Diplomate" by the American Board for Certification in Homeland Security, and a "Life Member" of the American College of Forensic Examiners Institute.

Cary Jack is a lifestyle entrepreneur, author, podcast host, professional actor/model, biohacker, eco-warrior, martial artist, and humanitarian striving to make a positive impact on this planet. He split time growing up on the beaches of Sarasota, Florida, and in the mountains of Red Lodge, Montana where he first learned the art of a balanced lifestyle.

As a digital marketing specialist, Cary Jack has personally worked with many world-class entrepreneurs such as Russell Brunson, Lewis Howes, Rory Vaden, and John Lee Dumas.

Cary Jack is the founder of The Happy Hustle, whose mission is to educate, inspire, and entertain, while reminding you to enjoy the journey, not just the destination, as you Happy Hustle for a life of passion and purpose.

I help companies who market products and services related to law enforcement or the military, or are in the hunting & fishing, dignitary security, private security, and private investigations industries.

As a former 15-year law enforcement veteran, deputized US Marshal, law enforcement administrator, lover of hunting and fishing, and enthusiast of all things tactical, I know how to speak yours and your customer's language.