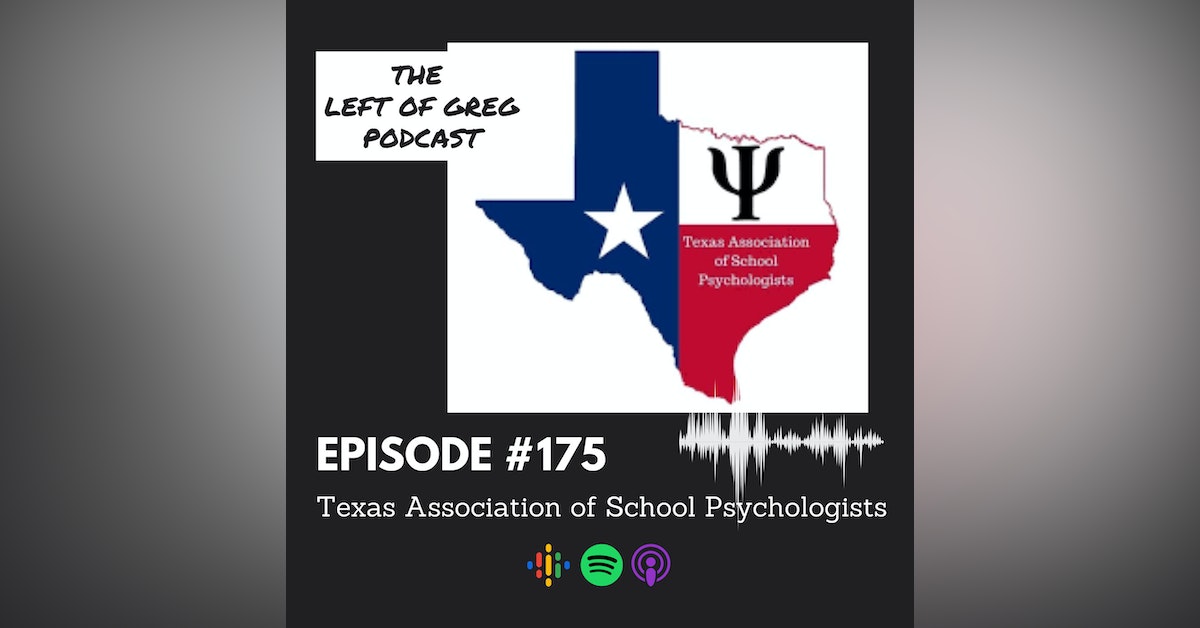 This week we are releasing a podcast we did with Christopher Ponce, Brook Roberts and Dr Rachel Team from the Texas Association of School Psychologists, who have their own podcast called TASP Talks. We recorded this episode back in April and they released it on their show back in June and due to the overwhelming amount of feedback we received, we wanted to release it as a Left Of Greg episode as well.

This was originally released as two separate episodes so there’s a small transition halfway through the show but it’s hardly noticeable and you’ll be able to follow along easily. We would also recommend listening to the episode in its entirety because it gets even better as the conversation progresses.

We want to thank Chris Ponce and his team not only for having us on the show but we also want to thank them for their service to the children of the state of Texas. They have an incredibly difficult job and they do not get the recognition that they deserve. If you would like more information about the TASP Talks Podcast, you can check out the link in the episode details.

Thanks for tuning in and we hope you enjoy the show!

More about Greg and Brian: https://arcadiacognerati.com/arcadia-cognerati-leadership-team/